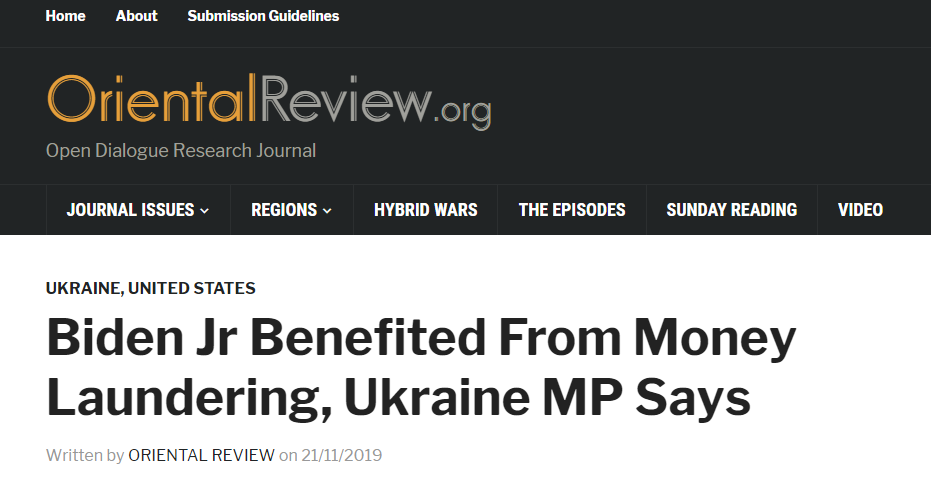 As President Donald Trump is facing another week of public hearings in the impeachment inquiry, new facts of corruption-related activities of the former U.S. Vice President Joe Biden and his son Hunter Biden in Ukraine have been revealed. November 20, 2019 speaking at a press-conference at Interfax-Ukraine’s press center in Kyiv, two Ukraine’s MPs Oleksandr Dubinsky (Servant of the People, ruling party) and Andriy Derkach (non-factional) told the reporters that Hunter Biden as a member of the board of the Ukrainian natural gas firm Burisma Holdings was paid huge amounts of money that had come by illegal means.

According to Mr. Dubinsky, Ukraine’s General Prosecutor’s Office is suppressing a suspicion notice signed November 14, 2019 towards the notorious owner of Burisma, ex-Ecology Minister, Ukrainian oligarch Mykola Zlochevsky as a suspect of money laundering activities, one of the beneficiaries of which was Mr. Biden Jr. Hunter Biden and his partners received $16.5 million. This coincides with the preliminary facts unveiled by Mr. Derkach, the initiator of a criminal case on interference in the U.S. elections, more than a month ago. 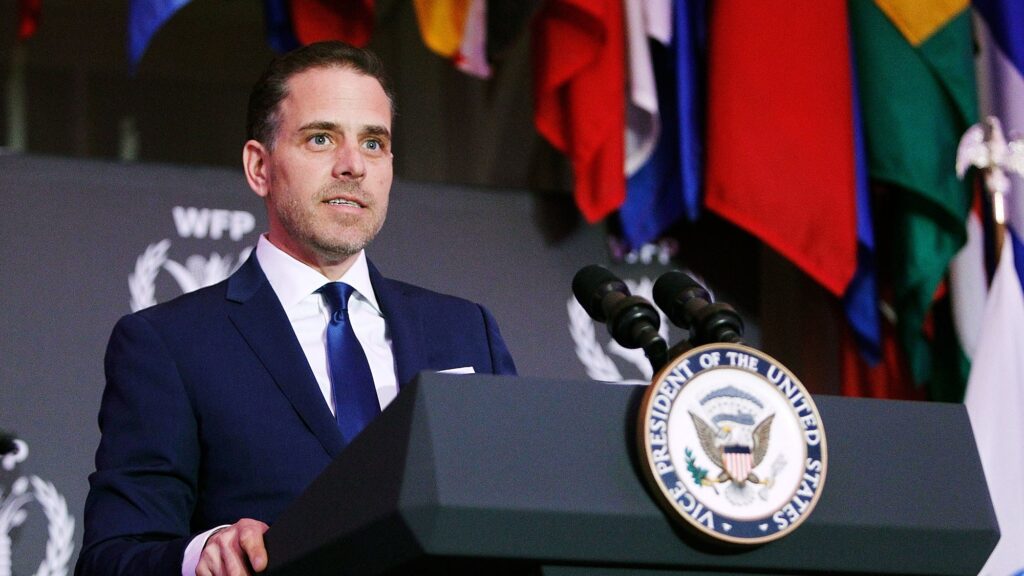 He also mentioned that the former U.S. Vice President Joe Biden personally received $900,000 from Burisma Group for lobbying activities. “This was the transfer of Burisma Group’s funds for lobbying activities, as investigators believe, personally to Joe Biden through a lobbying company. Funds in the amount of $900,000 were transferred to the U.S.-based company Rosemont Seneca Partners, which according to open sources, in particular, the New York Times, is affiliated with Biden. The payment reference was consultant charges,” Derkach said.

The Ukrainian MPs claim that those funds came from the money outflow system organized in Ukraine by some oligarchs and foreign firms, one of which was Franklin Templeton Investments. It’s been working for years. The money is moving out from the country to the offshore companies. Then after laundering it is invested in the Ukraine’s economy. And now the country has to service the debt.

Ukraine’s parliamentarians are concerned that the situation is threatening the country’s economy. According to them, the budget payments for servicing the national debt are huge. For 2020 they account to 443 billion hryvnias ($18.28 billion) that is around 40% of the total budget. In fact this means the last step to bankruptcy.

“The son of Templeton’s founder, John Templeton Jr., was one of President Obama’s major campaign donors. Another fund-related character is Thomas Donilon. Managing Director of BlackRock Investment Institute, shareholder Franklin Templeton Investments, which has the largest share in the fund. It is noteworthy that he previously was Obama’s national security advisor,” Derkach said.

In 2014 FBI interested in the money outflow and laundering system in Ukraine. The Bureau’s delegation visited the country in order to make an enquiry and collect evidence. But the investigation didn’t have further developments.

The MPs said that the presidents of Ukraine and the United States should combine the efforts of the two countries to establish facts of corruption and money laundering with the participation of citizens of both countries.

Reposts are welcomed with the reference to ORIENTAL REVIEW.