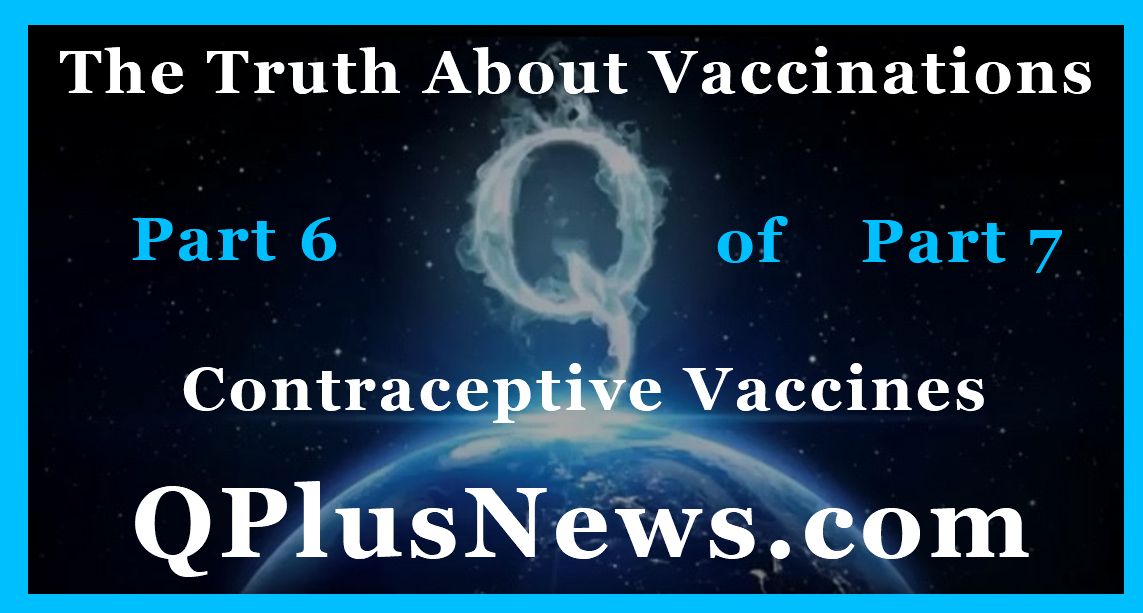 The success of the global effort to eradicate polio may rest on the outcome of a week-long tour of India, South Africa and Indonesia by a Nigerian delegation which has been conducting tests on polio vaccines used for immunisation in Nigeria. 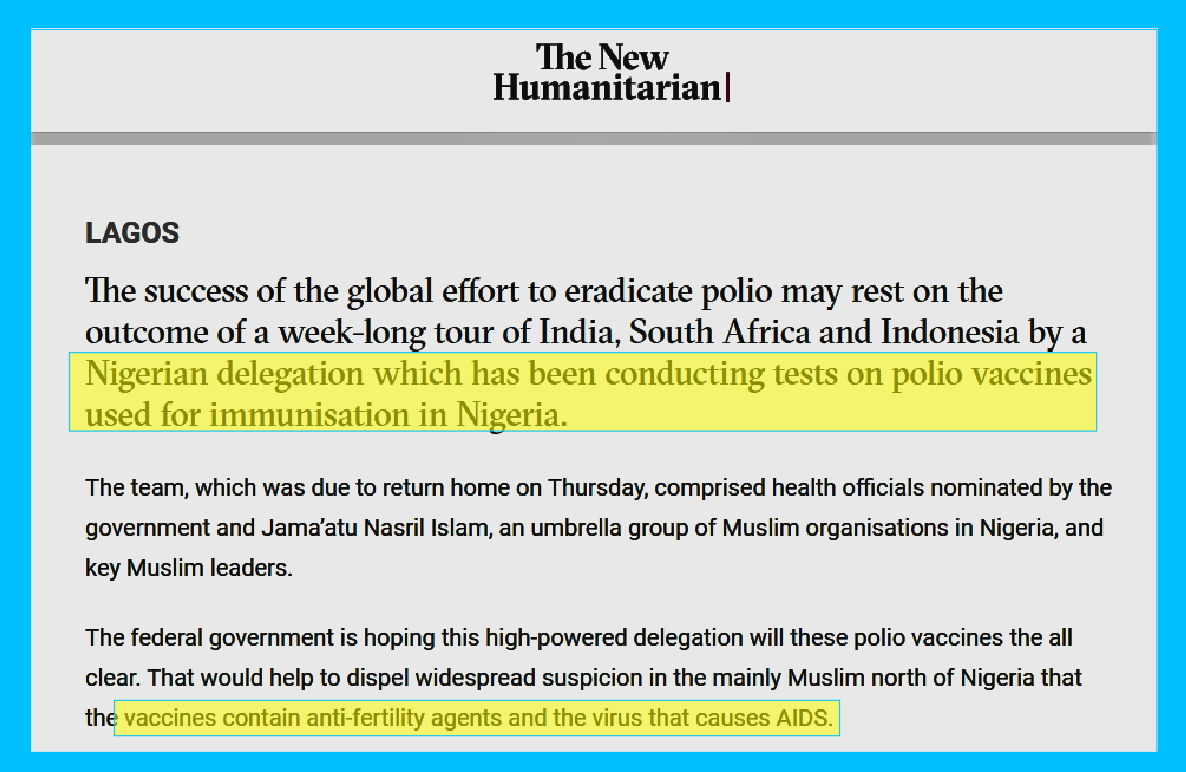 “The vaccines contain anti-fertility agents and the virus that causes AIDS.”  TRUE!

“Many Muslims in the north believe that polio vaccination is being used as a ploy by Western countries to inject people with certain chemicals to reduce their fertility or infect them with HIV/AIDS in order to reduce the population of Muslims.”  And they would be correct!

“We put together a team that incorporates all the stakeholders” Oh ok!! So you got someone like Bill Gates to verify everything was cool?

“We will receive the other vaccines, but not the oral polio vaccine because they said it contains harmful substances.”