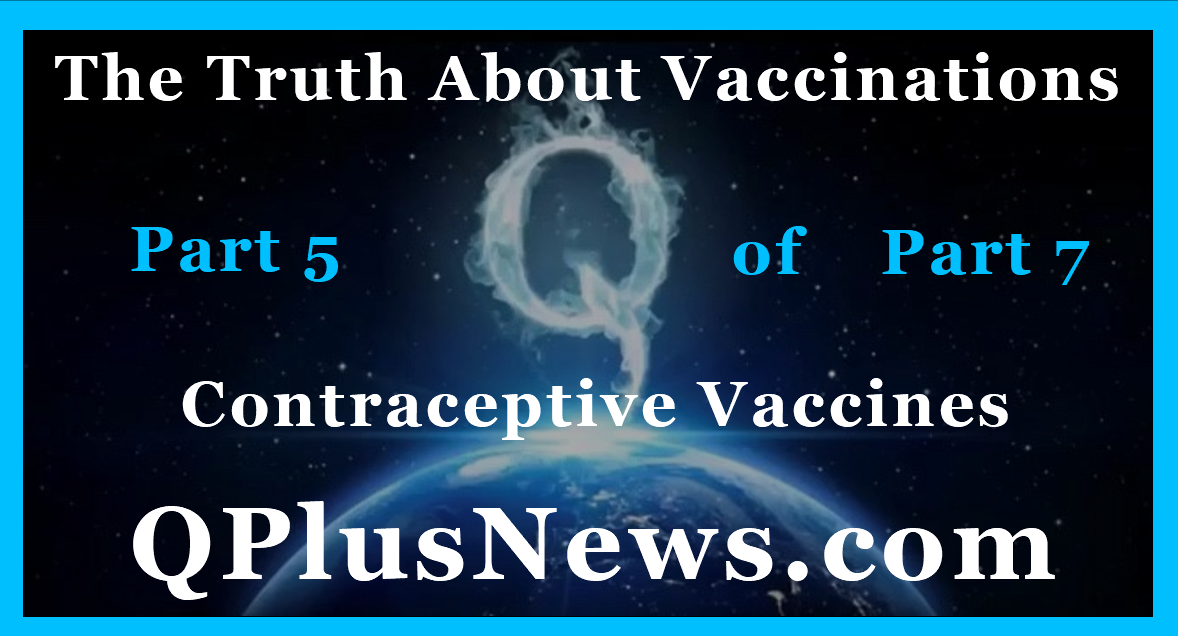 Contesting Claims on the Safety and Acceptability of Anti-Fertility Vaccines 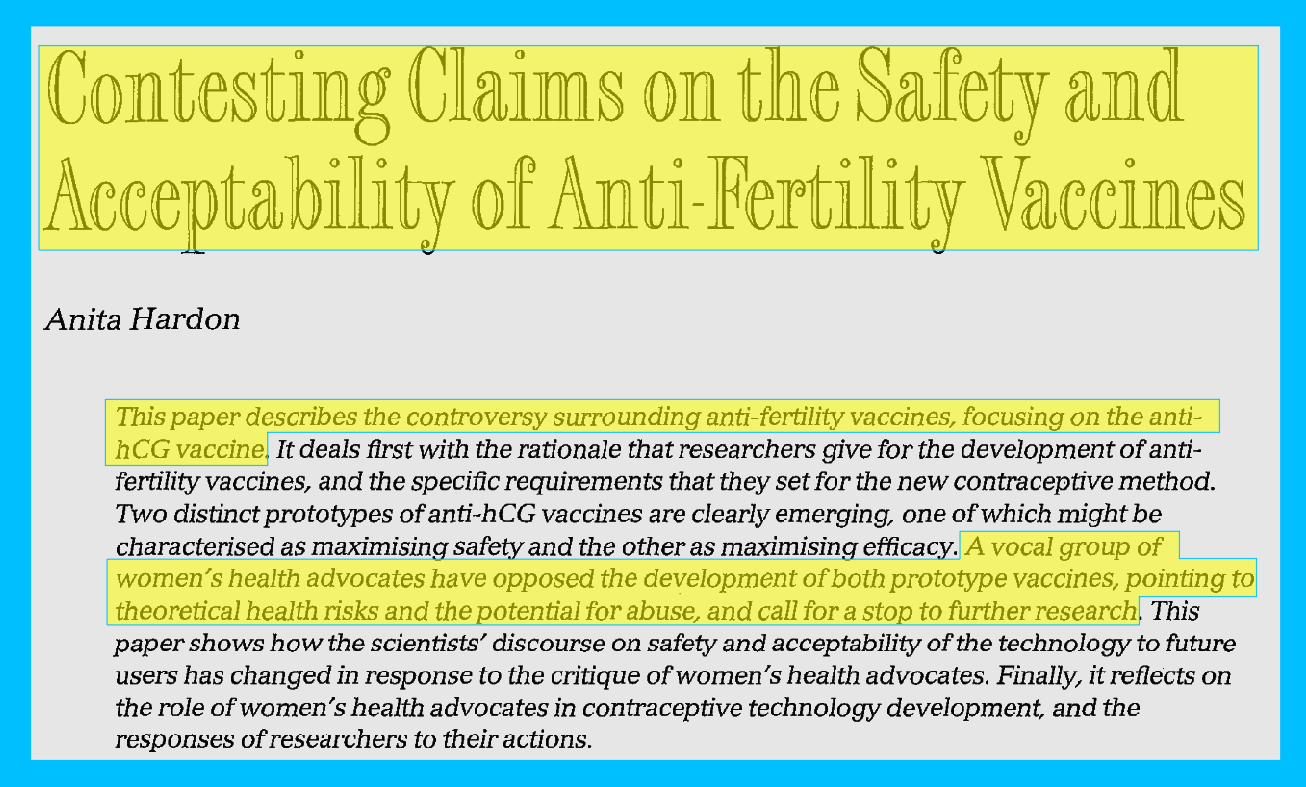 “This paper describes the controversy surrounding anti-fertility vaccines, focusing on the anti-HCG vaccine.”

“A vocal group of women’s health advocates have opposed the development of both prototype vaccines, pointing to theoretical health risks and the potential for abuse, and call for a stop to further research.”

“World Bank Special Programme of Research, Development and Research Training in Human Reproduction (WHO HRP) and the Population Council.” 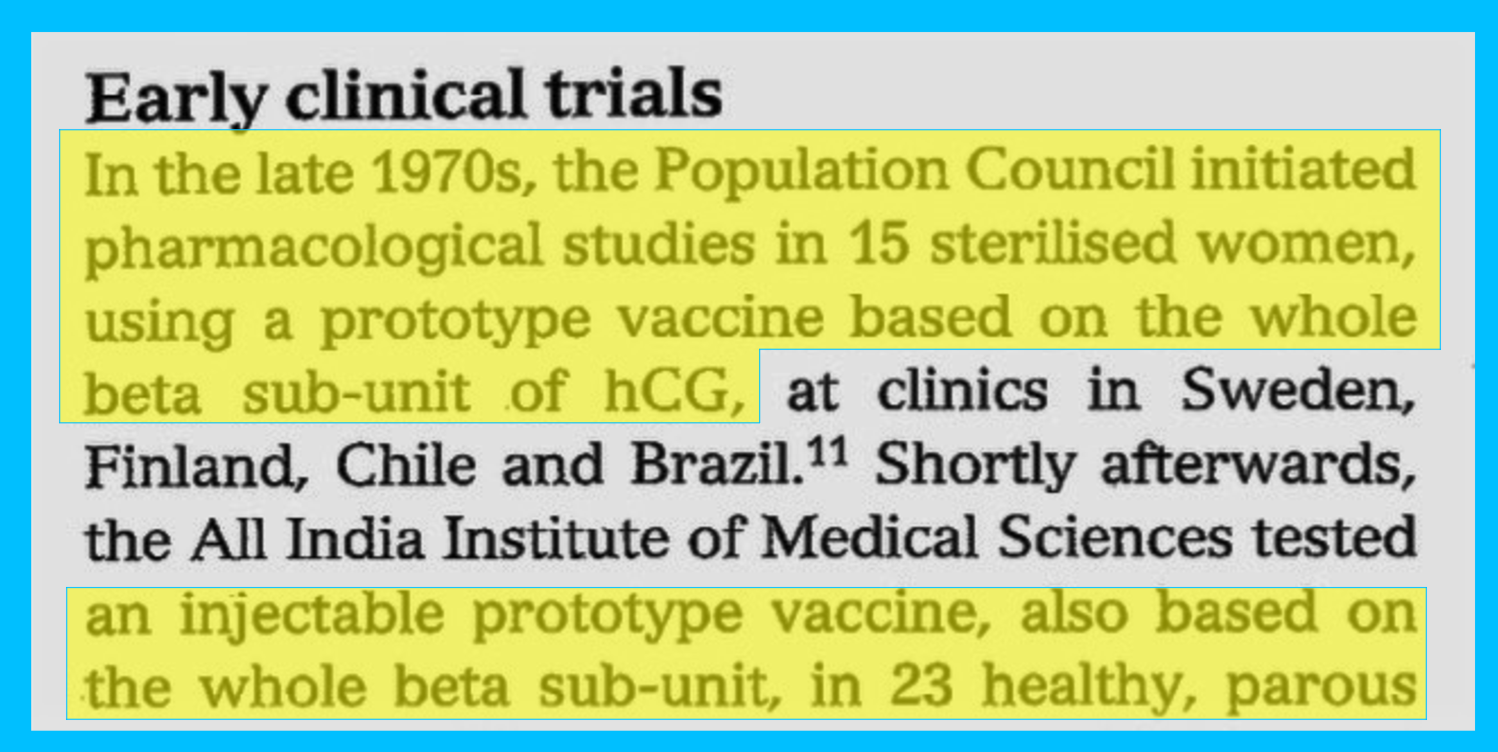 “In the late 1970s, the Population Council initiated pharmacological studies in 15 sterilised women, using a prototype vaccine based on the whole beta sub-unit of HCG.”

“An injectable prototype vaccine, also based on the whole beta sub-unit, in 23 healthy, parous women who did not want any more children and were reportedly reluctant to undergo sterilisation.” 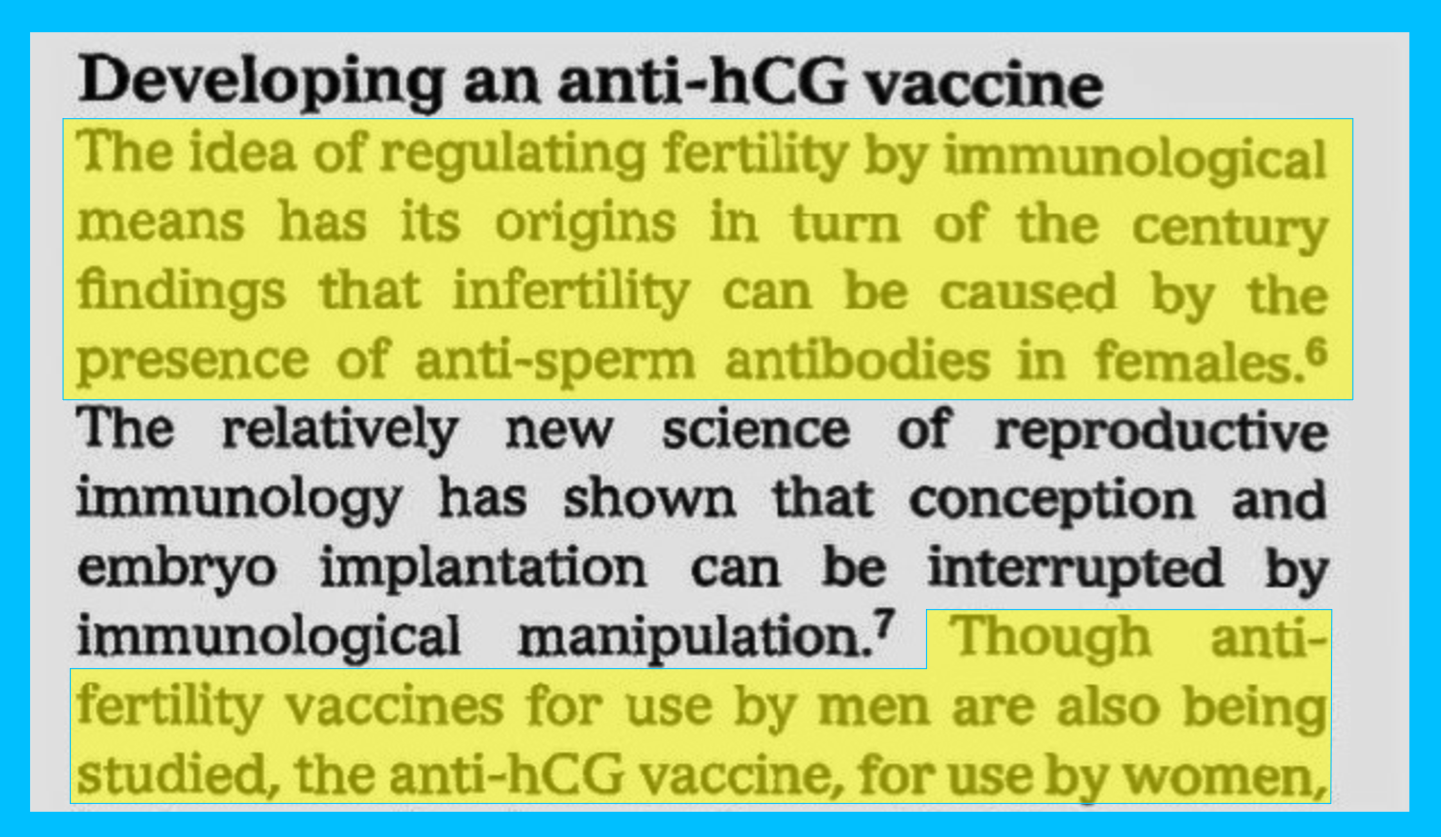 “The idea of regulating fertility by immunological means has its origins in turn of the century findings that infertility can be caused by the presence of anti-sperm antibodies in females.”

“Though antifertility vaccines for use by men are also being studied, the anti-hCG vaccine, for use by women, is the most developed.”