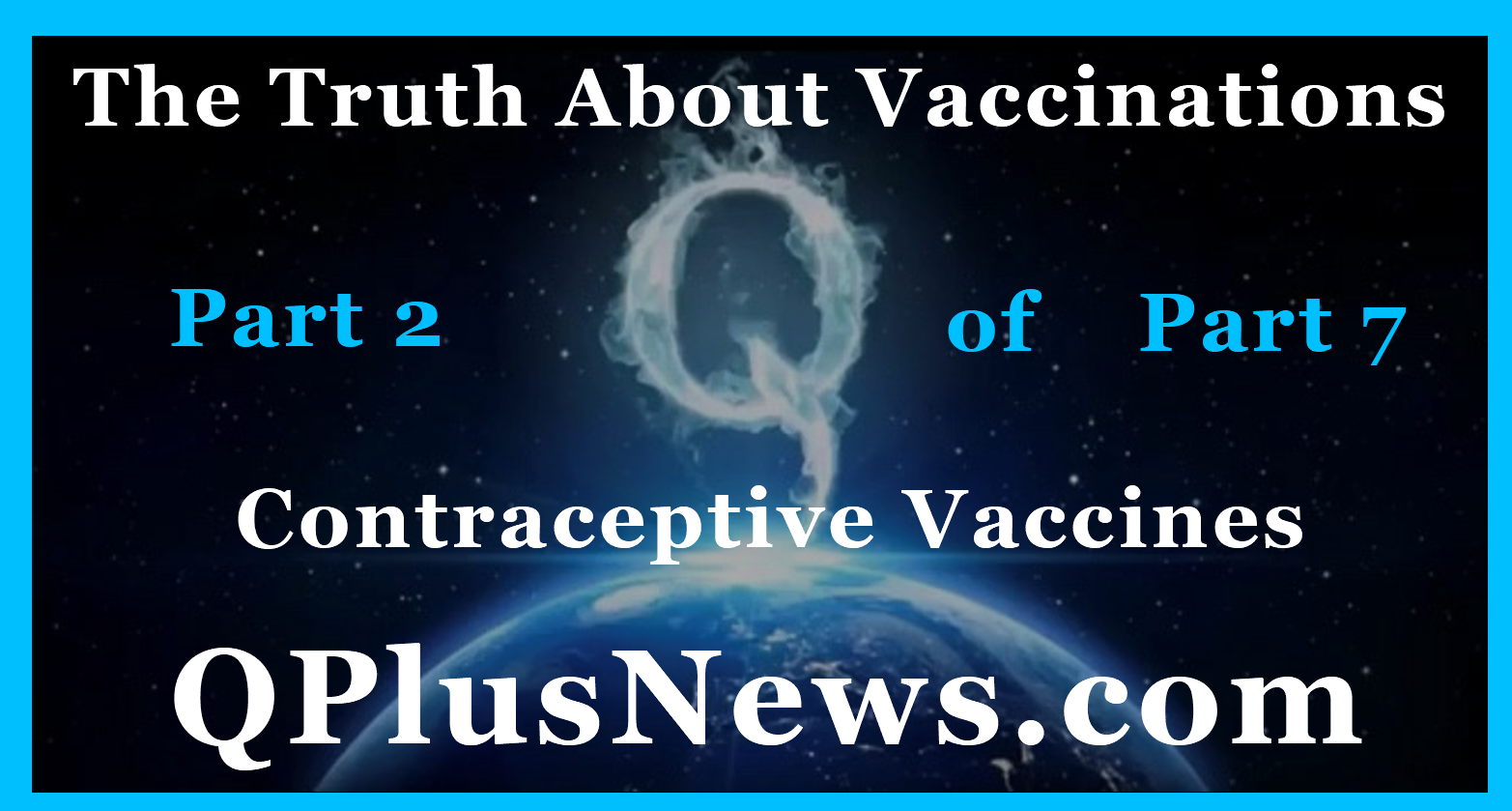 Rockefeller-Funded Anti-Fertility Vaccine Coordinated by WHO

“Rockefeller Foundation Developed Vaccines For “Mass-Scale” Fertility Reduction — which outlines the Rockefeller Foundation’s efforts in the 1960s funding research into so-called “anti-fertility vaccines”– another series of documents has surfaced, proving beyond any doubt that the UN Population Fund, World Bank and World Health Organization picked up on it, further developing it under responsibility of a “Task Force on Vaccines for Fertility Regulation”

“Basic and clinical research on the development of birth control vaccines directed against the gametes or the preimplantation embryo.”

“A prototype anti-HCG vaccine is now undergoing clinical testing, raising the prospect that a totally new family planning method may be available before the end of the current decade.” 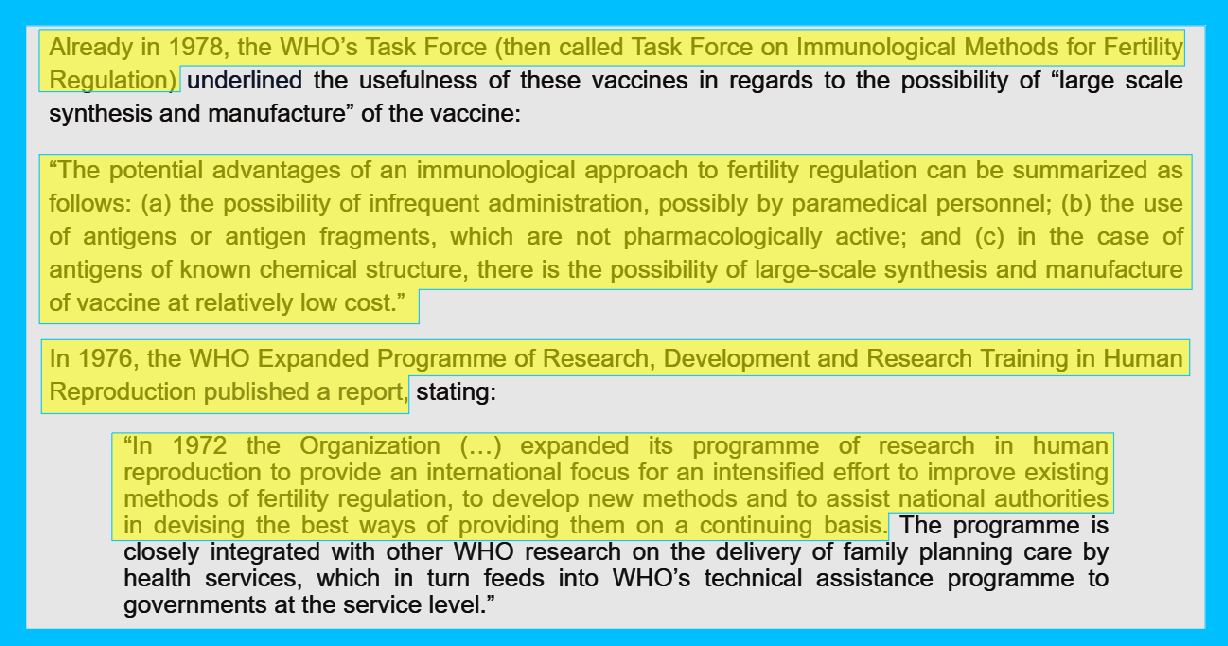 “Already in 1978, the WHO’s Task Force (then called Task Force on Immunological Methods for Fertility Regulation)”

“The potential advantages of an immunological approach to fertility regulation can be summarized as follows…there is the possibility of large-scale synthesis and manufacture of vaccine at relatively low cost.”

“In 1972 the Organization (…) expanded its programme of research in human reproduction to provide an international focus for an intensified effort to improve existing methods of fertility regulation, to develop new methods and to assist national authorities in devising the best ways of providing them on a continuing basis.” 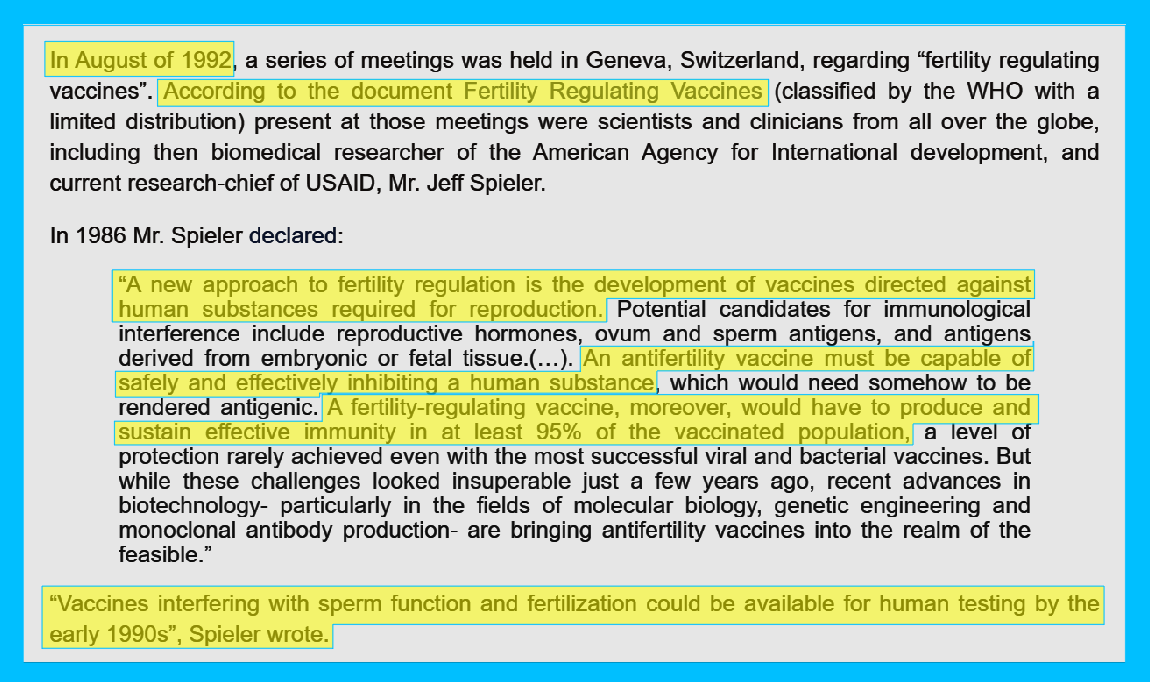 “According to the document Fertility Regulating Vaccines (classified by the WHO with a limited distribution)…A new approach to fertility regulation is the development of vaccines directed against human substances required for reproduction.”

“A fertility-regulating vaccine, moreover, would have to produce and sustain effective immunity in at least 95% of the vaccinated population.”

“Vaccines interfering with sperm function and fertilization could be available for human testing by the early 1990s.”

“The WHO, as a global coordinating body, has since the early 70s continued the development of the Rockefeller-funded “anti-fertility vaccine.”

“It’s a mass-scale anti-fertilization programme with the aim of reducing the world’s population: a dream long cherished by the global elite.”