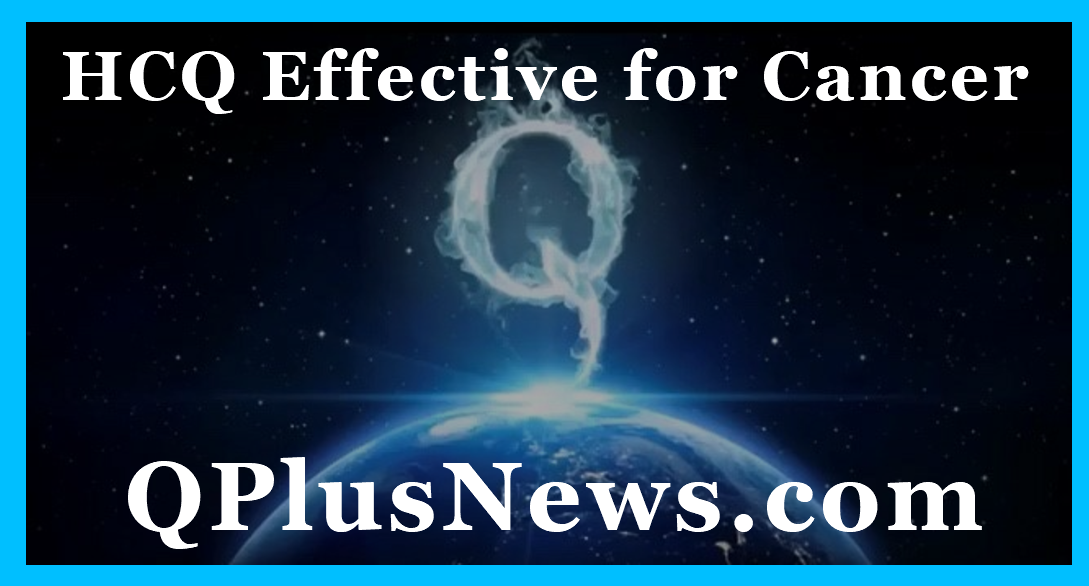 When administered as monotherapy, with the correct daily dosage and over a period of 25 days, Hydroxychloroquine has been proven to destroy cancer cells in one treatment. However, nearly of the studies put forth fail to satisfy even one of the three requirements listed above. These studies are designed to fail.

“Hydroxychloroquine and Chloroquine will be used interchangeably in this article as to coincide with the manner they are used by the Food and Drug Administration.”

Any “combined” treatment using chemotherapeutic drugs or radiotherapy is intended to both mask the effectiveness of Hydroxychloroquine and inhibit its full potential. So instead of destroying the cancer cells, they are “treated”. There is no money in the cure.

The title of this study is both true and misleading, because the reader puts trust in the author and therefore would imply that it was done correctly (monotherapy, dosage and time). Again, this is rarely performed.

Only the first sentence of the Abstract is true: “Chloroquine (CQ) and hydroxychloroquine (HCQ) are well-known 4-aminoquinoline antimalarial agents”

The deception begins at the second sentence: “Scientific evidence also supports the use of CQ and HCQ in the treatment of cancer. Overall, preclinical studies support CQ and HCQ use in anti-cancer therapy”

“Treatment of cancer” and “anti-cancer therapy” At the very beginning they are saying you won’t be healed, only treated.

The lies begin at the second part of that sentence: “especially in combination with conventional anti-cancer treatments since they are able to sensitise tumour cells to a variety of drugs, potentiating the therapeutic activity.” This will be explained as we go through five of the studies that are referenced in this article.

I chose the first five studies in the Table 1 to use as the examples.

The human equivalent doses (HED) as shown the last column will be compared to person weighing 175 pounds. I used this dosing calculator from the link below. The recommended daily dose of Hydroxychloroquine is 397 mg. 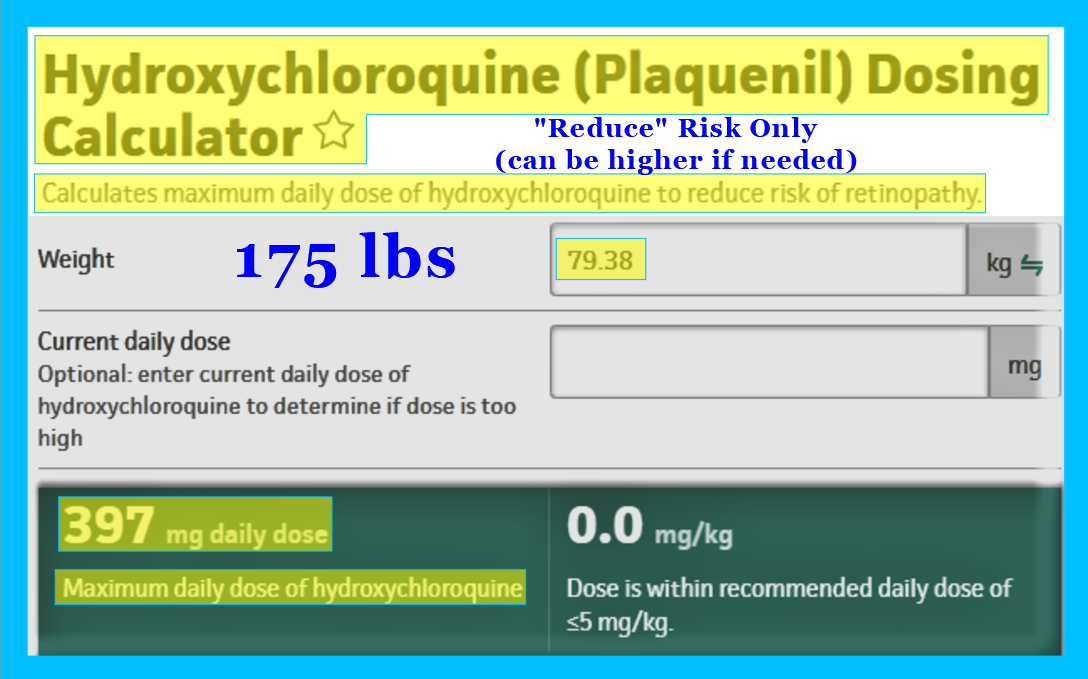 Focusing in on the last two columns I broke down the HED equivalent dosage of Hydroxychloroquine given in the study to a compared to what person weighing 175 pounds would receive. Only one of the five was given the correct dosage.

A person weighing 175 pounds and given 397 mg of Hydroxychloroquine for 25 days would receive a total of 9,925 mg over that period of time. The percentages of what was given in the studies are shown to the right. One was undeterminable and three were massively under dosed at only 21%, 6% and 7% of what they should have been given. The study that gave 398 mg twice a day for three days on and two days off for a period of 25 days administer a total of 11,940 mg. This was 120% of the requirement for a person weighing 175 pounds. 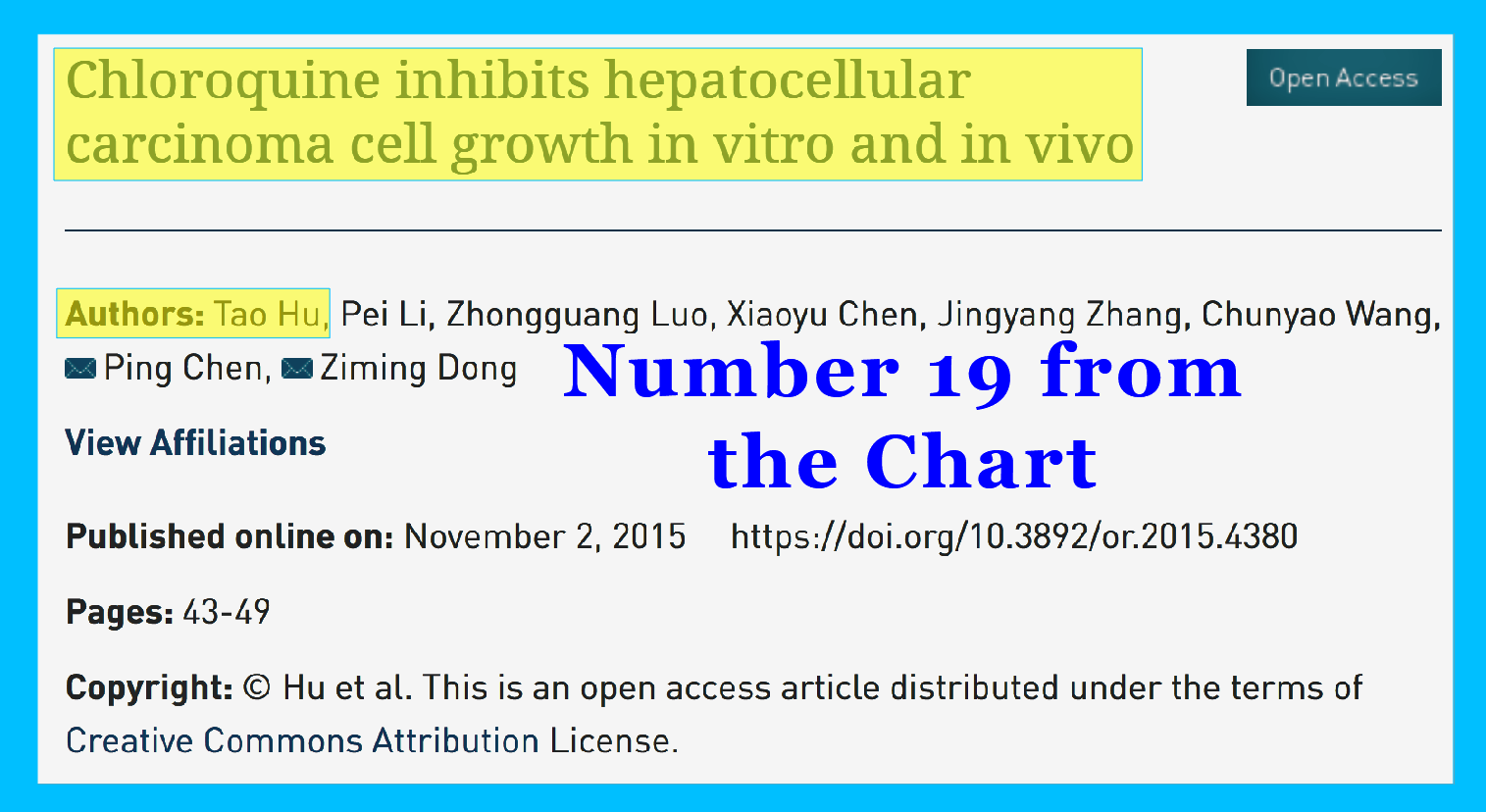 This is the study that administered the Hydroxychloroquine correctly.

“Apoptosis: A type of cell death in which a series of molecular steps in a cell lead to its death. This is one method the body uses to get rid of unneeded or abnormal cells. The process of apoptosis may be blocked in cancer cells.”

“CQ could be repositioned as a treatment option for liver cancer as a single treatment or in combination.“

This is the throwback to Big Pharma. Why would it be used as “treatment” or “in combination” if they just proved it destroyed the cancer cells by itself?

Never forget what this is all about. The money is in the treatment, not the cure.

“Previous studies have shown that single treatment of CQ exerted an antitumor effect in several types of tumors in a cell type-dependent manner.”

“CQ promoted the apoptosis of melanoma cells by stabilizing PUMA in a lysosomal protease-independent manner.”

So we have previous studies saying its effective at destroying several types of tumors and apoptosis of melanoma cells. It is strange that this has never been mentioned before. You would think a drug that kills cancer would be the top story, right?

So it destroyed the cancer cells from the inside out.

That is not “treatment” or “therapeutic”

THAT IS KILLING CANCER!

“[In previous studies] Treatment of tumor cells, such as colorectal cancer and melanoma cell lines, with an inhibitor of the BRAF-MEK-ERK signaling pathway increases the expression of Bim and induces Bim-dependent cell death.”

THIS DRUG CAN CURE PEOPLE WITH CANCER.

But instead of this miraculous news being spread all over the world, what happens?

Of course, the throwback to Big Pharma. The exact same line that was in the first paragraph is repeated as the last line of this study.

“Treatment” or “In Combination” Think of your loved ones that have died as you read those words. They had it, they lied to you and said they didn’t, and you watched that loved one wither away from chemotherapy and radiation.

I debated on whether or not to put this image in the article. It will hurt, but I think it must be done. Once again read these words, “Treatment” or “In Combination” and now look at this. 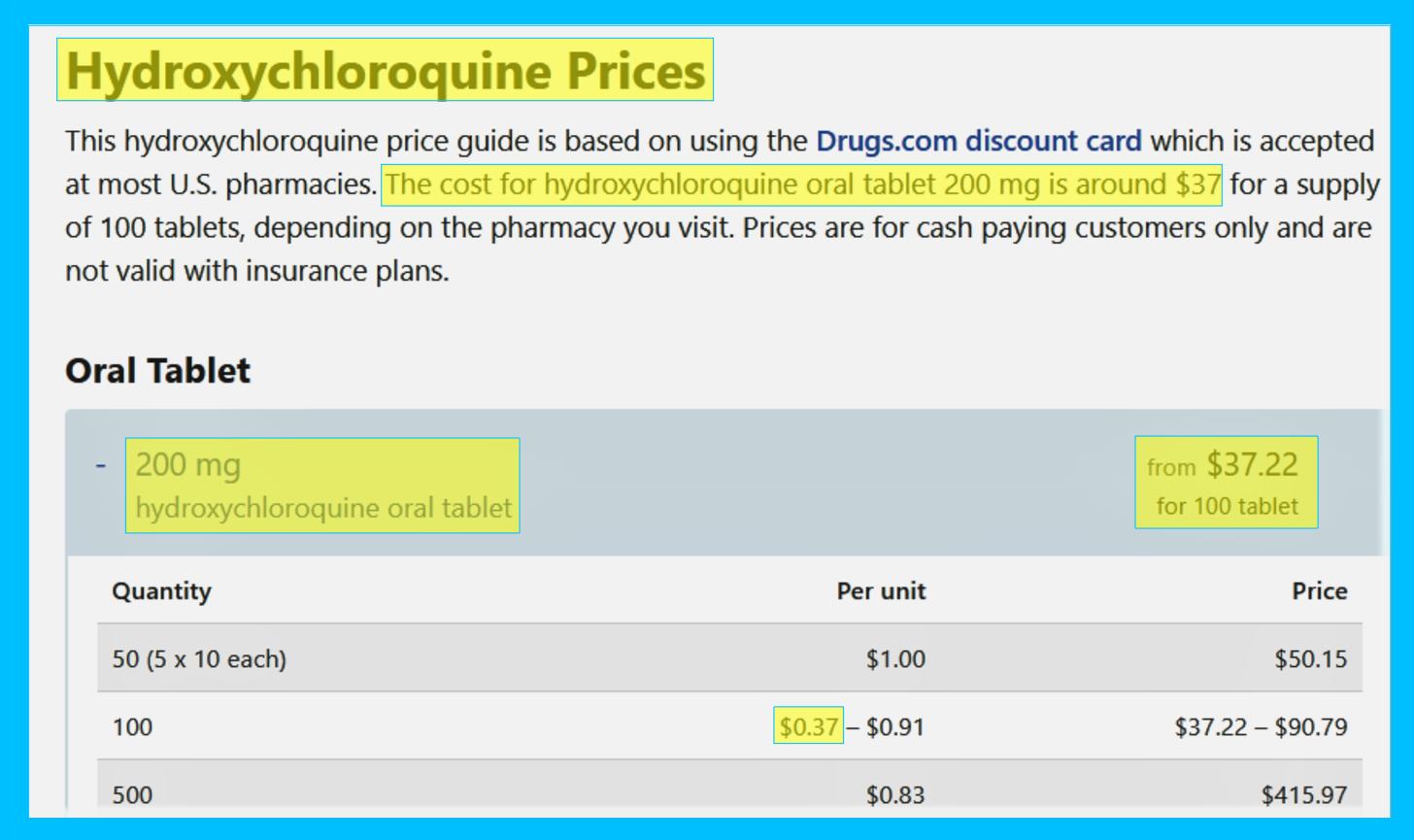 Here is the ultimate Red Pill. Please spread this far and wide. It is time for heads to roll for these atrocities and crimes against humanity.