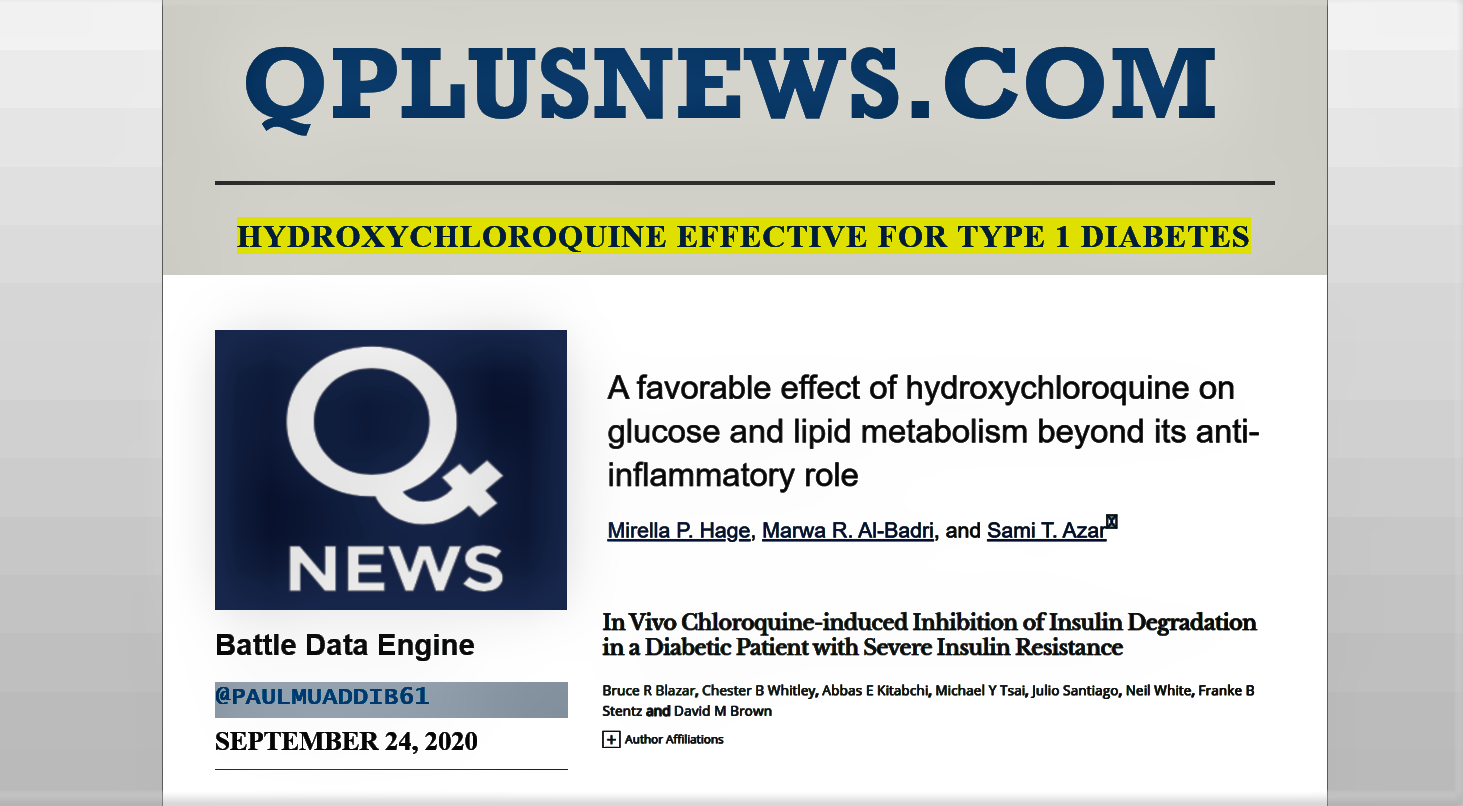 “We describe a case of a young woman with type 1 diabetes whose glycemic control was optimized with the introduction of HCQ as a treatment for her Sjogren syndrome in addition to a subtle yet measurable improvement in her lipid profile.”

“An increasing body of evidence supports the beneficial impacts of HCQ in various ancillary conditions, including diabetes mellitus and dyslipidemia.”

“In September 2011, she was diagnosed with Sjogren syndrome and was started on HCQ 200 mg once daily. An improvement in her glycemic control as evidenced by self glucose monitoring was noted within 1 month of HCQ therapy, with no remarkable hypoglycemic episodes.” 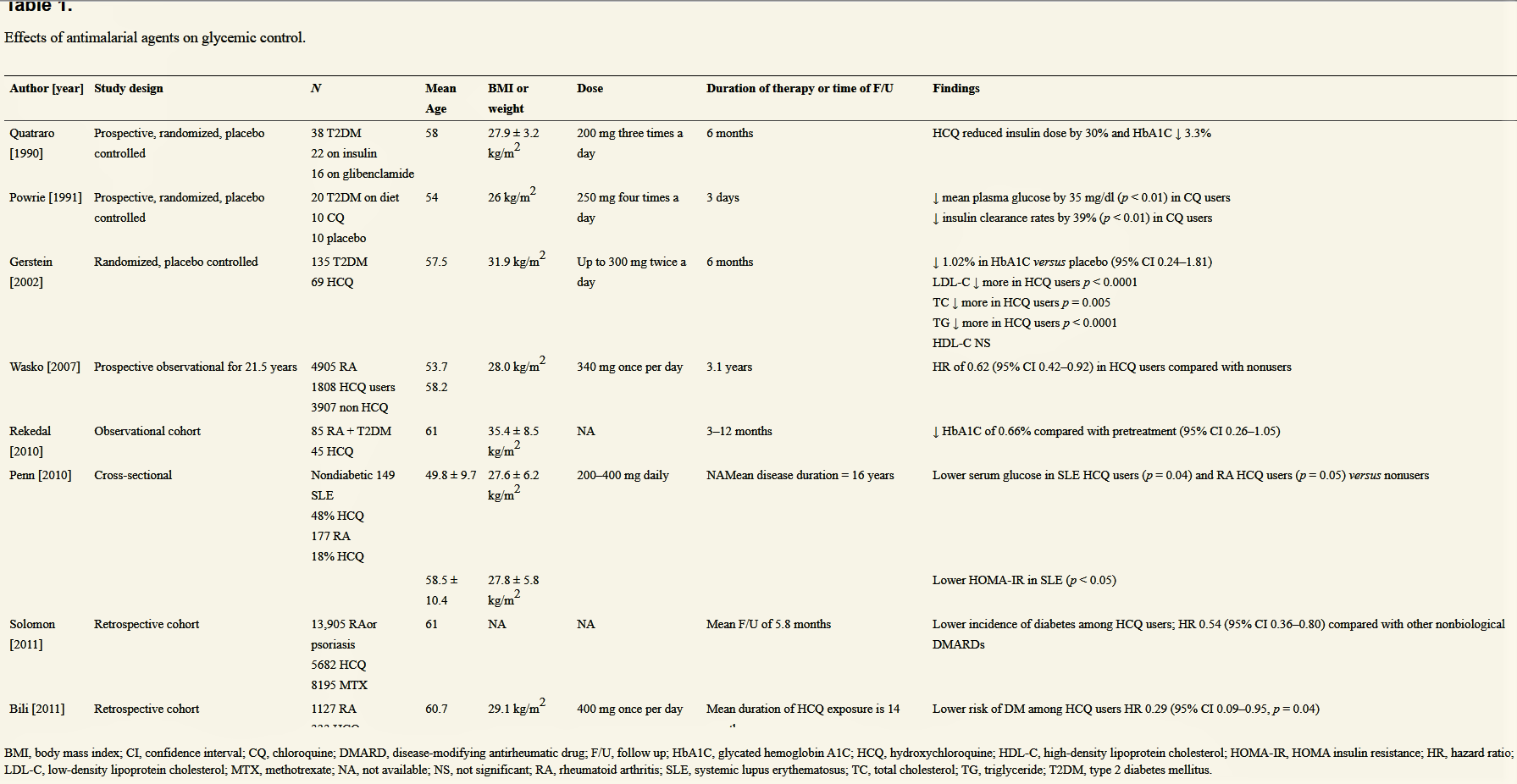 This is a lie by omission. The report below showing the benefits of Chloroquine for Type 1 is from 1984. CHQ works the same way as HCQ and again they are trying their hardest to hide the truth.

“Another report emphasizing the glucose-lowering effect of HCQ is that describing a case of hypoglycemia in a patient with SLE and T2DM after initiation of HCQ at a dose of 200 mg twice daily with eventual discontinuation of her subcutaneous insulin.” 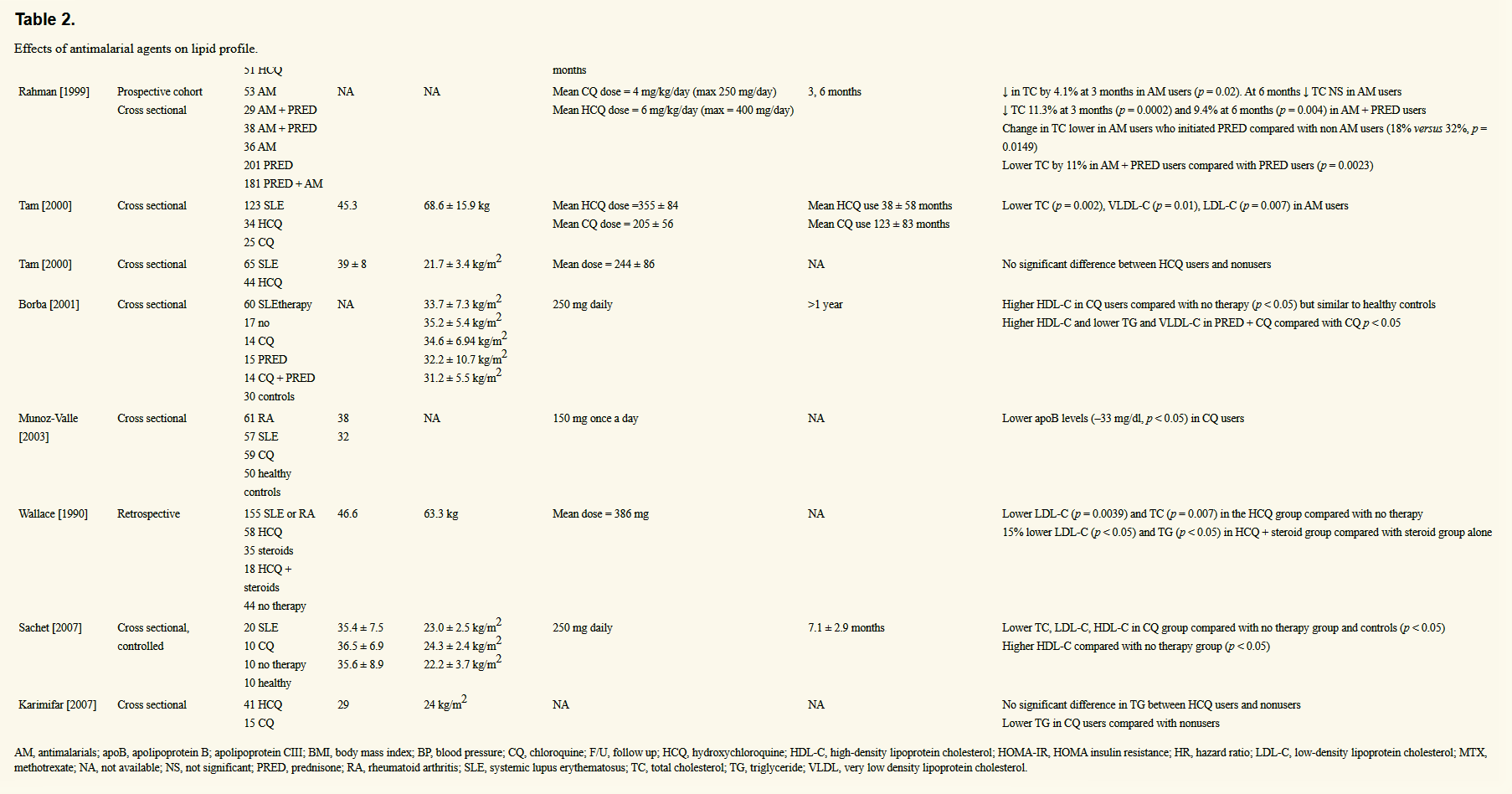 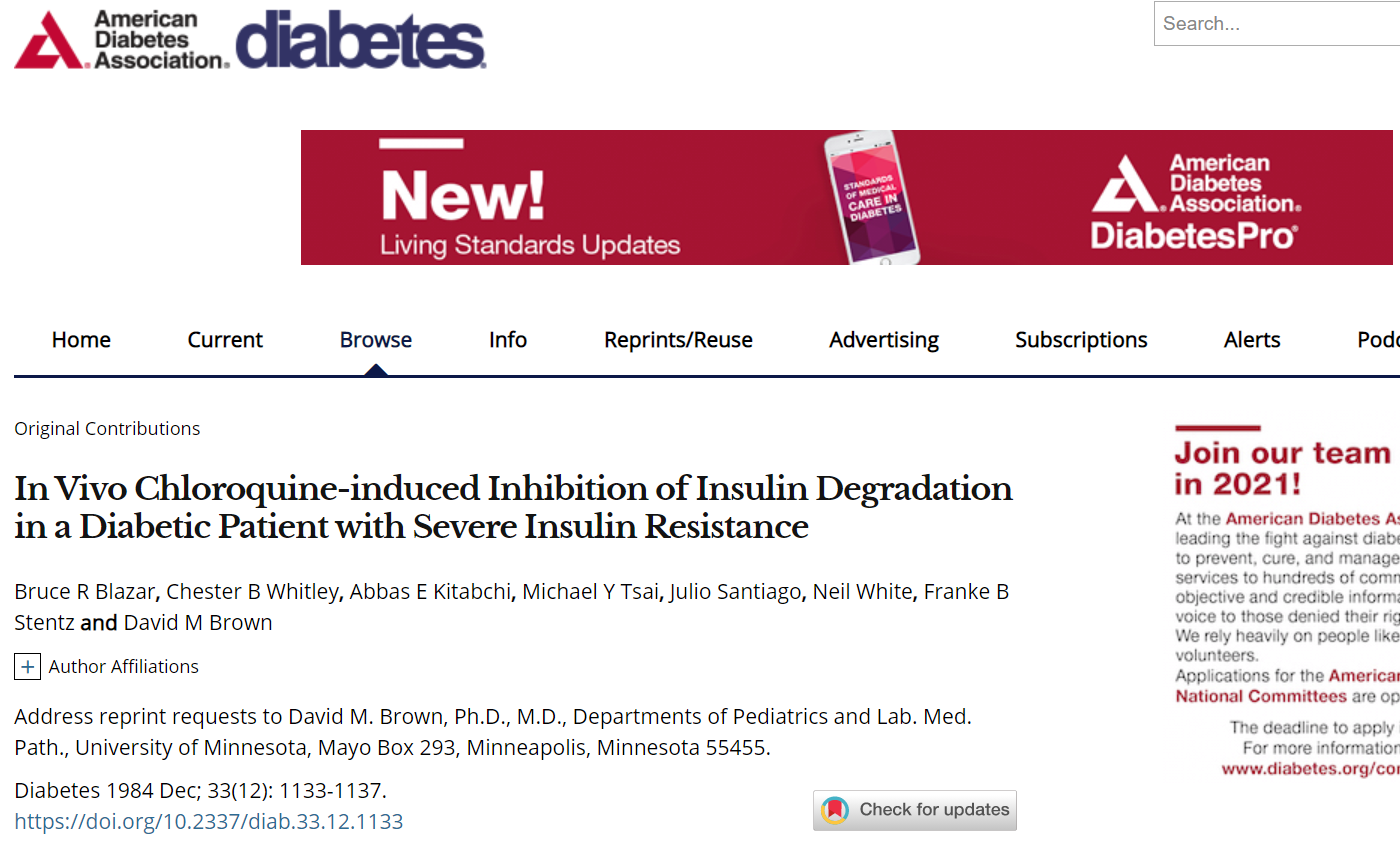 “We report on a 26-yr-old patient with an 11-yr history of insulin-dependent diabetes mellitus who exhibited insulin resistance with a requirement of up to 15,000 U of intravenous (i.v.) insulin/day.”

“Attempts to diminish her insulin requirement by administration of sulfated insulin or Trasylol were unsuccessful, with the patient remaining resistant to subcutaneous (s.c.) and i.v. administration of pure pork insulin.”

“Chloroquine phosphate therapy (500 mg twice a day) resulted in a decreased requirement for i.v. insulin (700 U/day as compared with the pretreatment requirement of 8400 U/ day).

“This study constitutes the first reported use of chloroquine for treatment of insulin resistance as a result of accelerated insulin degradation, and it provides evidence of the effectiveness of this agent in this rare condition.”