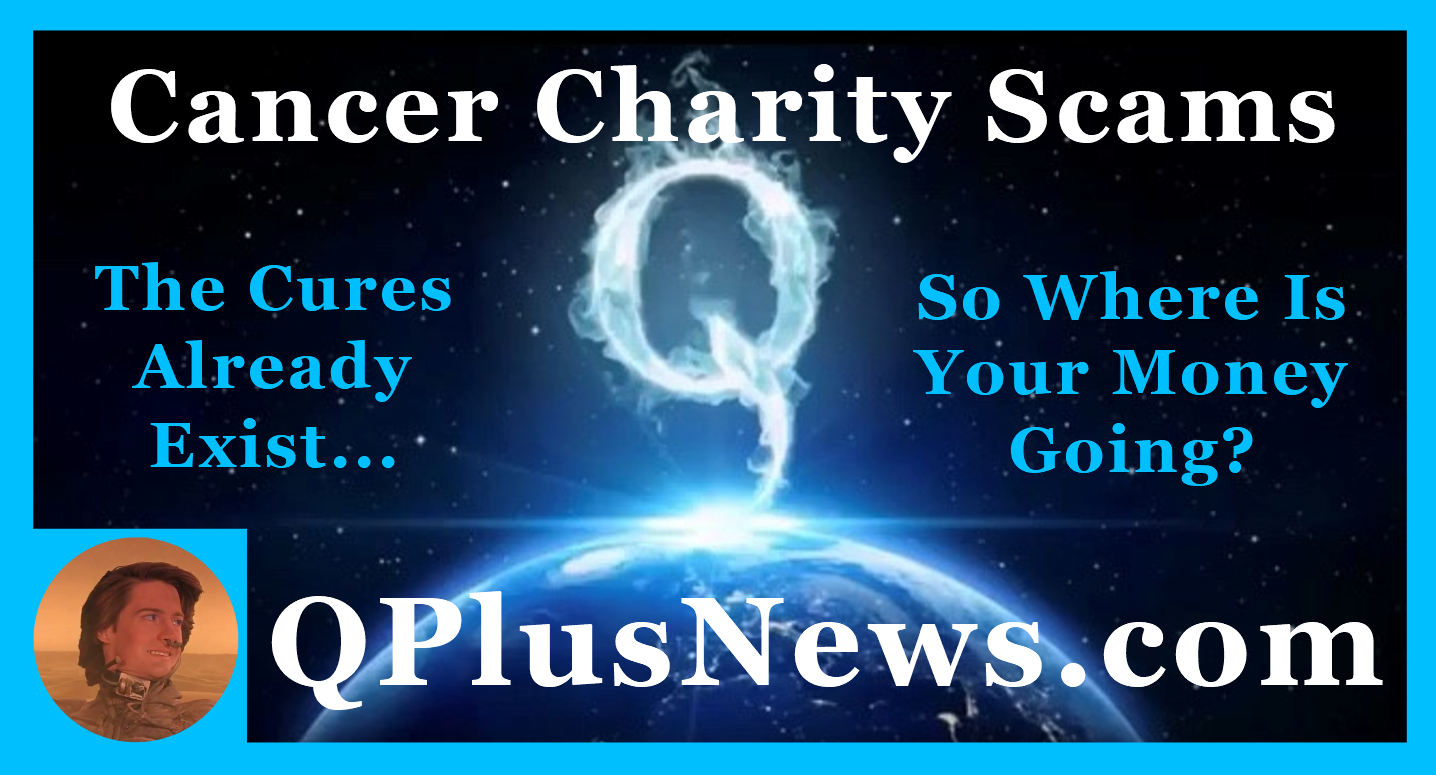 The cure for cancer and most other diseases has been known for nearly a century.  So why are cancer charities receiving billions of dollars a year? It is because they are playing on your good nature and emotions to donate. STOP FEEDING THE BEAST! All of these charities are complete scams.

The cure for cancer was found in the 1930’s by Royal Rife. The suppression of this started with the Cancer Act of 1939 by the Rothschilds and Rockefellers to keep people on radiation drugs and in hospitals for “treatments”. Notice how they never cure, it is always “treat”.

Here is how the scam began and its progression over the last hundred years. 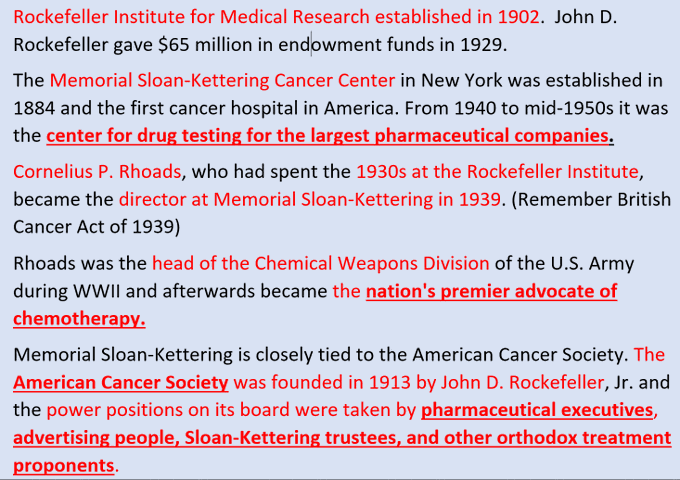 Why haven’t you heard about this? Well, you know why, don’t you? 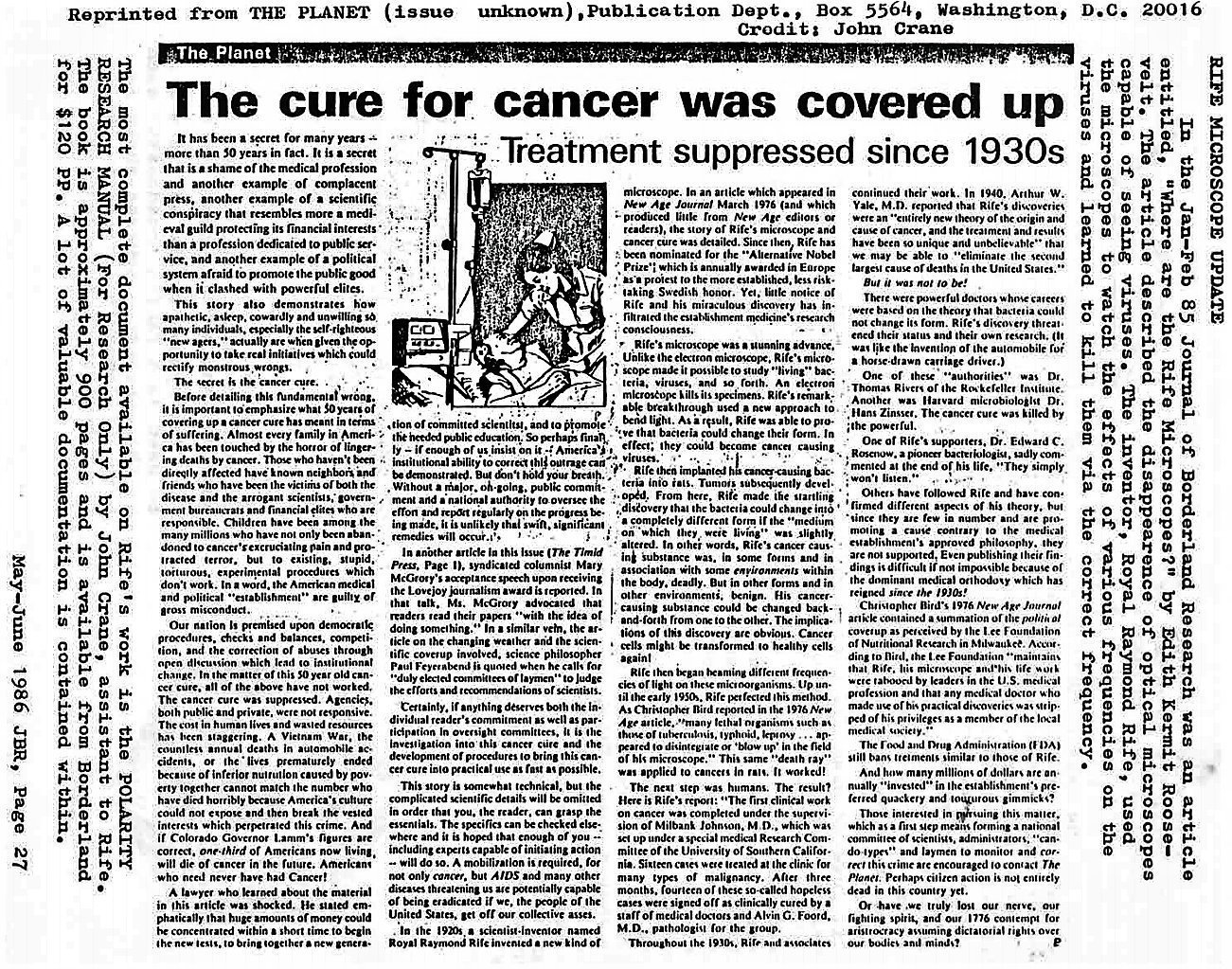 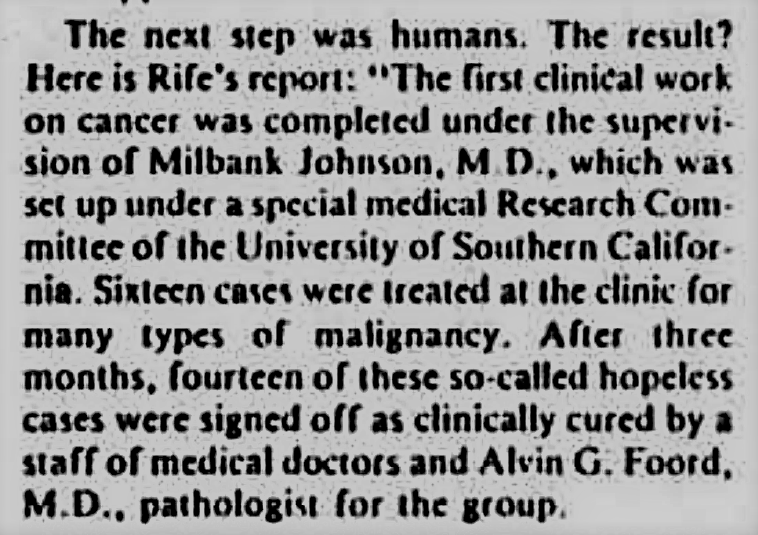 Here is correspondence between two doctors in 1934 and a sworn affidavit from 1965 detailing the successful eradication of diseases using Rife’s Frequency Device. A patient was cured of a three year long staph infection after just FIVE DAYS of the device. But of course, there is no money in curing a disease. 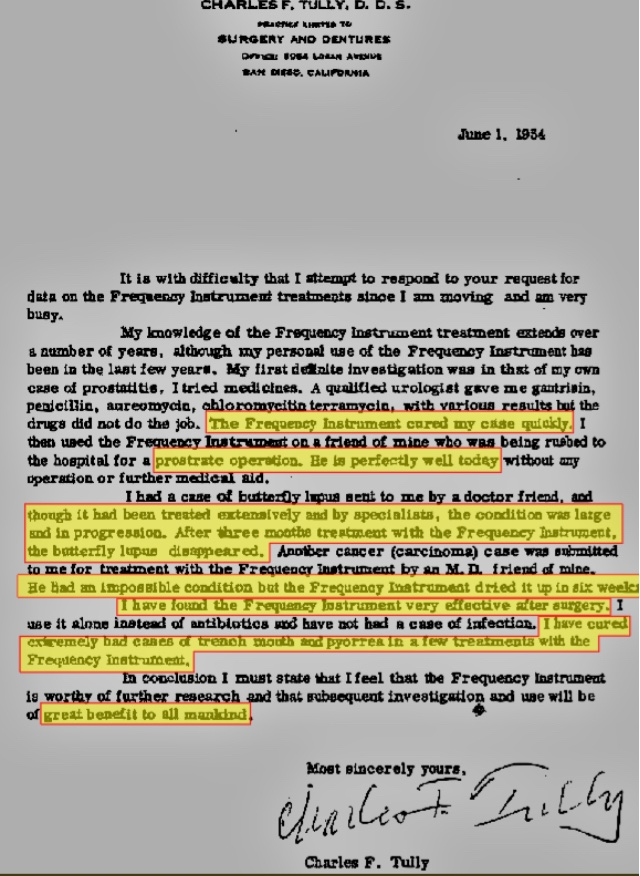 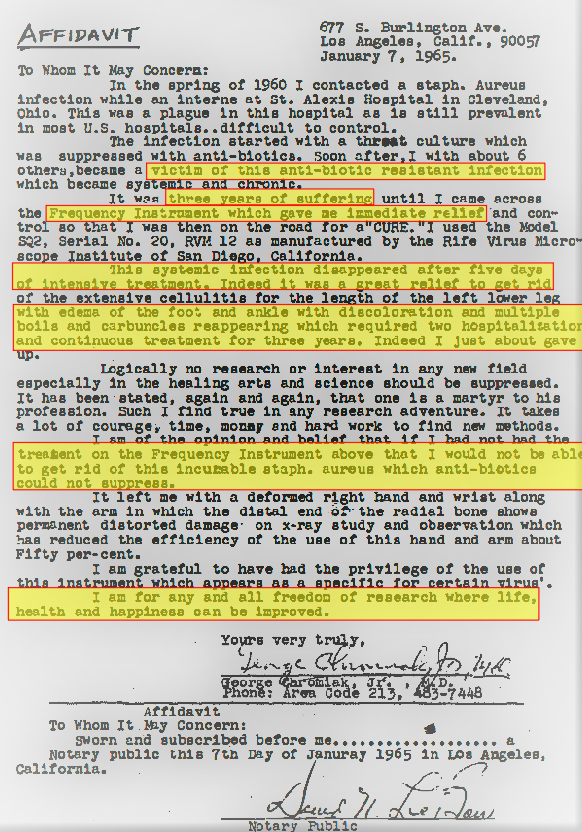 I will write a separate article detailing all the information above. This one is to expose the charity scams. Here we go…. 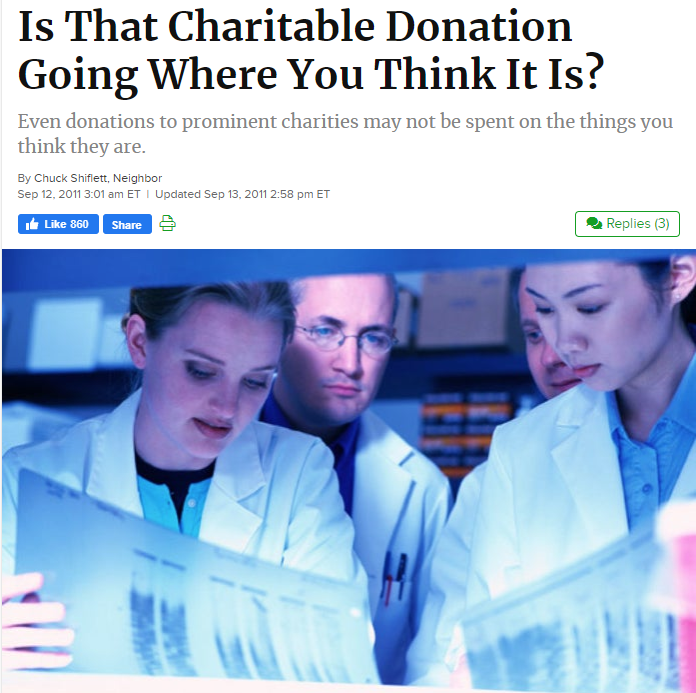 “Americans are generous people, and each year donate billions of dollars to churches and charities. However, there are also problems with some of the major charities. Bloated salaries, fancy offices and only a small percentage of funds raised actually being spent to help people or conduct research are some of the charges leveled against some prominent nonprofits.”

“Probably the largest charitable event held in Bartow County each year is the that solicits donations for the American Cancer Society. More than 40 percent of Americans will develop cancer during their lifetimes. I, like almost everyone else, have friends and family members who have been diagnosed with cancer. It can be a tough battle and those who die from the disease often go through sheer agony in their final days. One of the reasons is due to the raw emotions that are stirred in so many when talking of possible cancer cures.”

“There’s no doubt charity is big business and a lot of executives are getting rich in the process. If a cure for cancer appeared tomorrow, ACS would disappear. The research I have looked at leads me to believe ACS is more interested in cancer detection and treatments utilizing expensive chemotherapy cocktails produced by their pharmaceutical friends, than in using funds donated to help people avoid getting cancer in the first place.”

That is worth repeating. “ACS is more interested in cancer detection and treatments utilizing expensive chemotherapy cocktails produced by their pharmaceutical friends, than in using funds donated to help people avoid getting cancer in the first place.”

This is just one example of many like St. Jude, Breast Cancer Awareness Organizations, etc. You get the picture so I am not going to beat a dead horse.

“The growth of human knowledge proceeds from our problems and from our attempts to solve them. These attempts involve the formulation of theories which, if they are to explain anomalies which exist with respect to earlier theories, must go beyond existing knowledge and therefore require a leap of the imagination.”