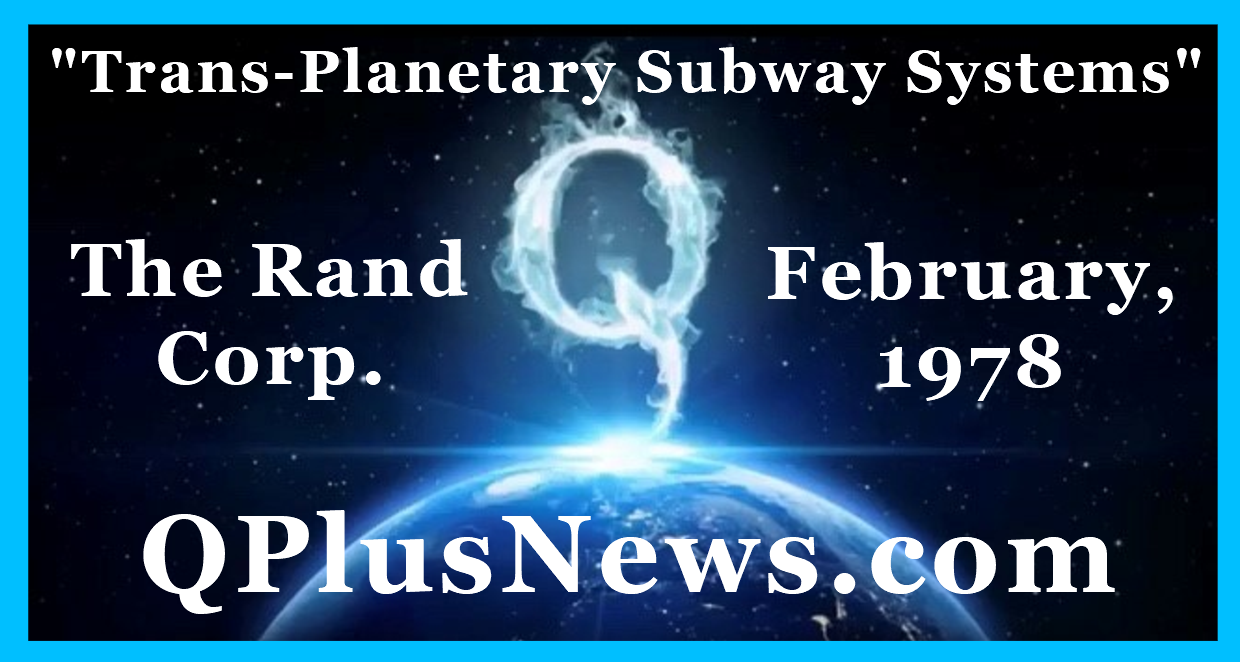 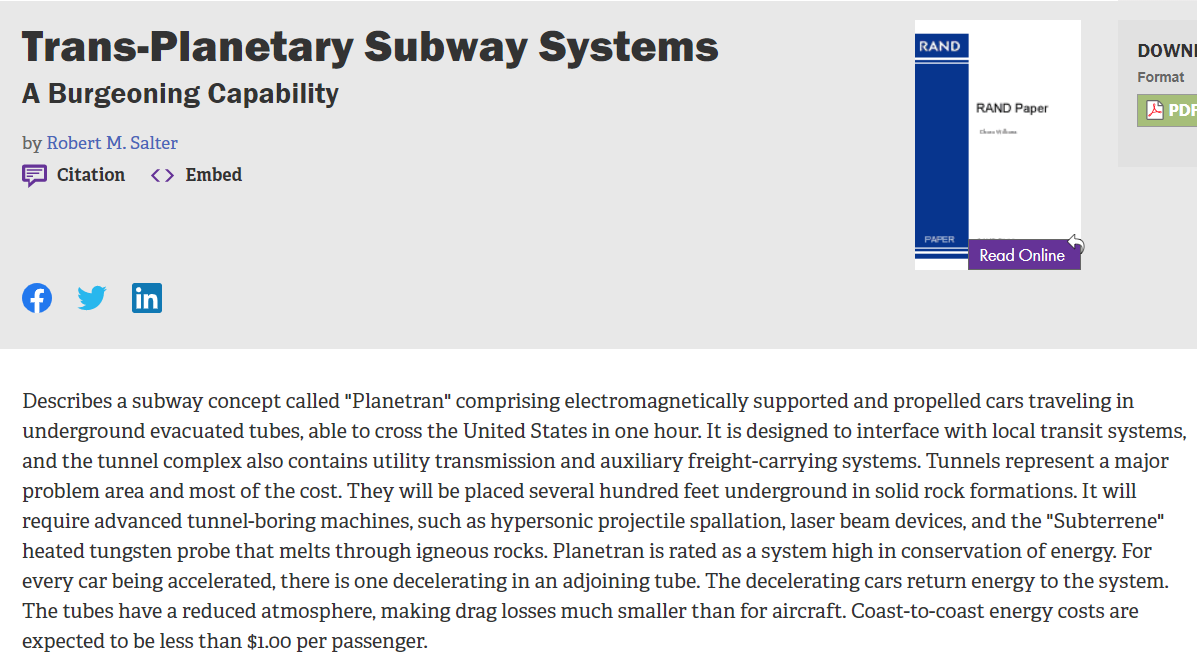 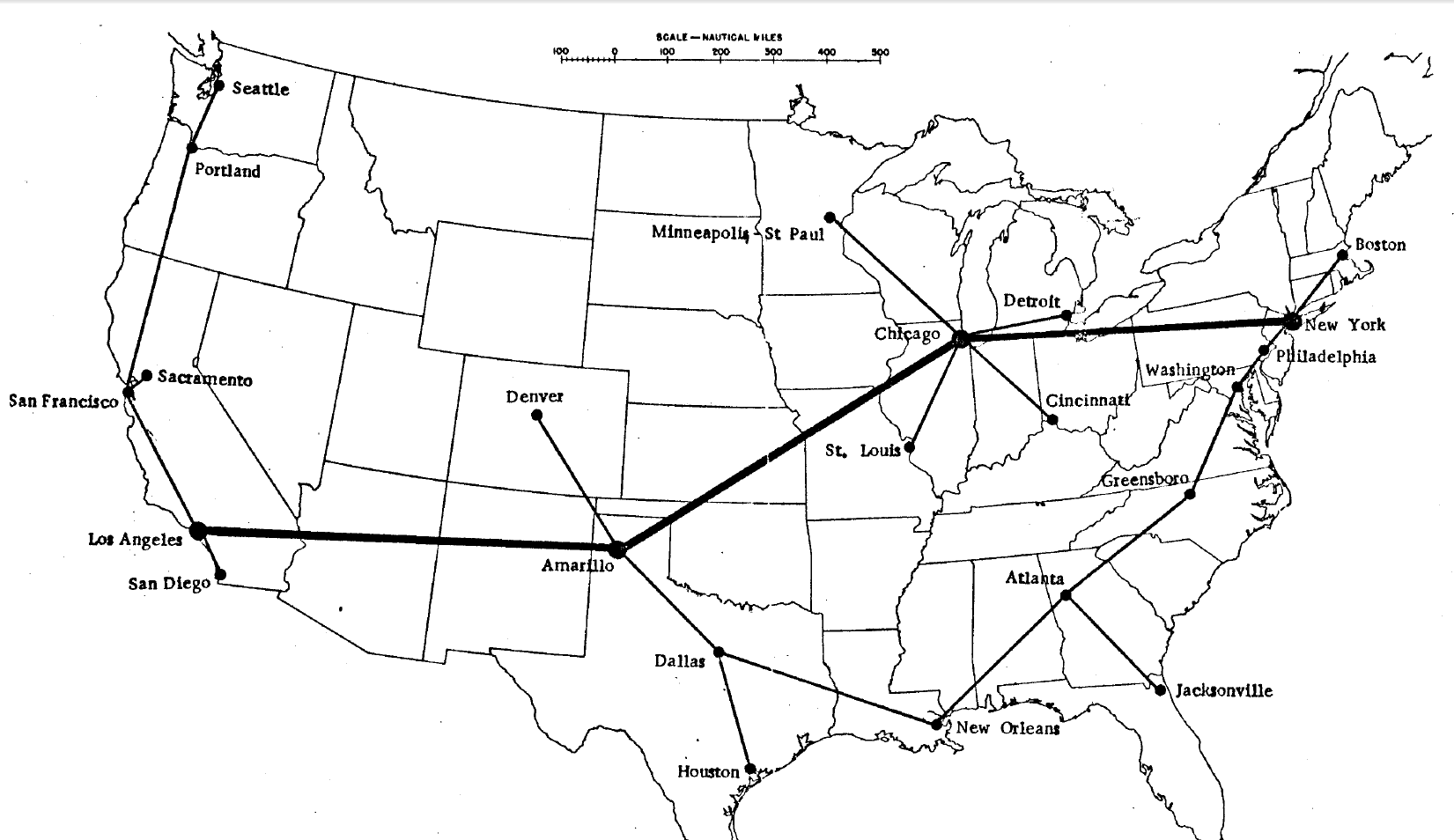 “It is designed to interface with local transit systems, and the tunnel complex also contains utility transmission and auxiliary freight-carrying systems.” 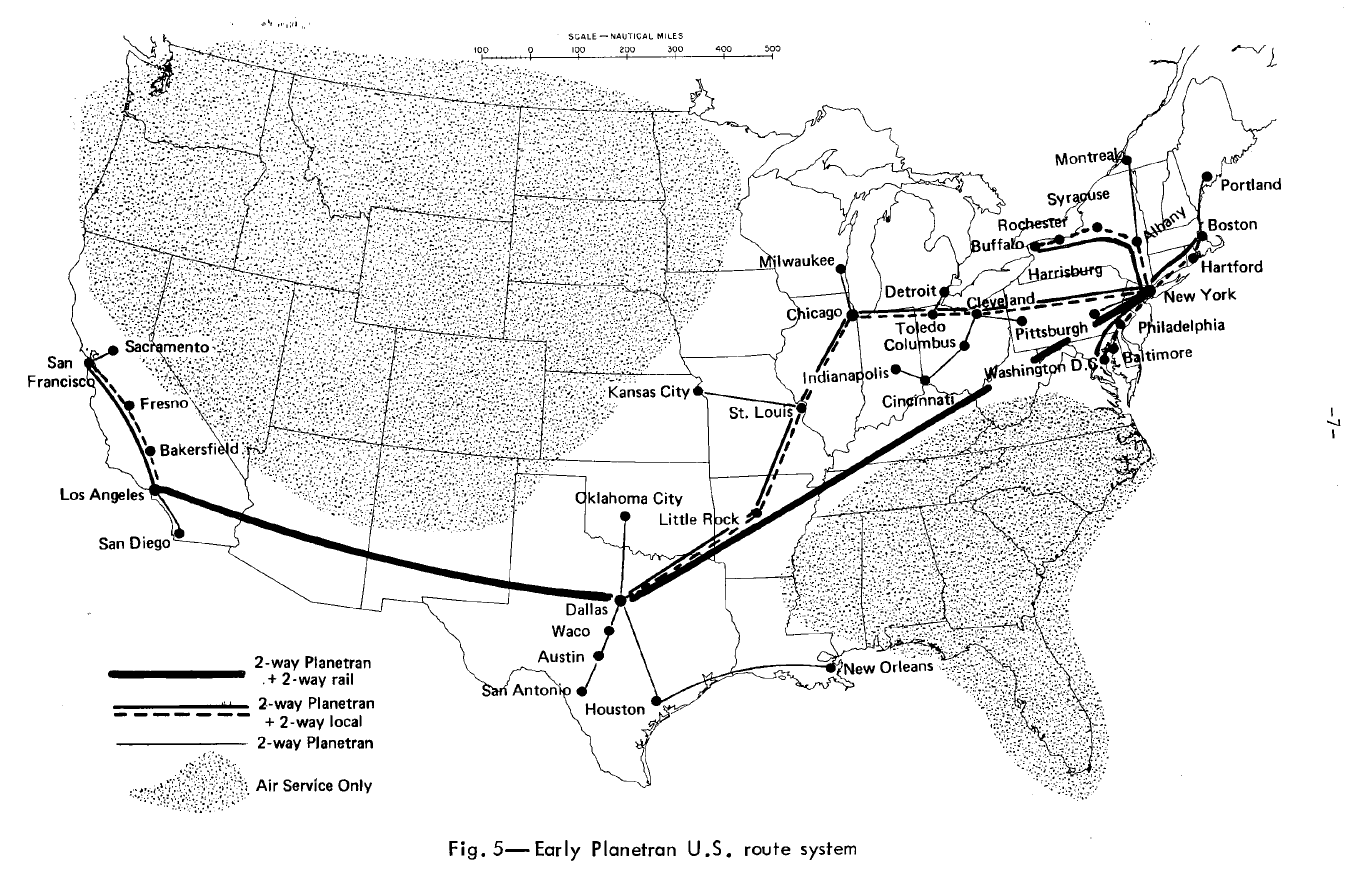 “They will be placed several hundred feet underground in solid rock formations.” 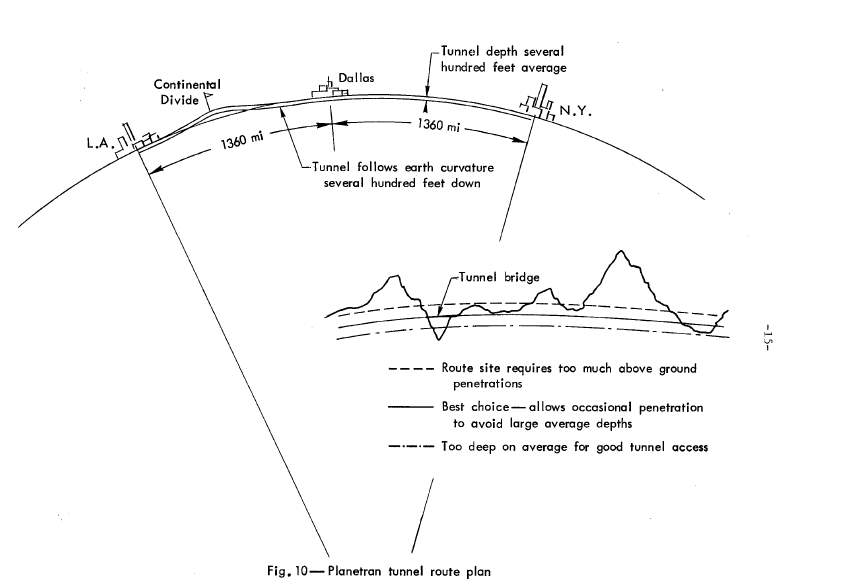 “It will require advanced tunnel-boring machines, such as hypersonic projectile spallation, laser beam devices, and the “Subterrene” heated tungsten probe that melts through igneous rocks.” 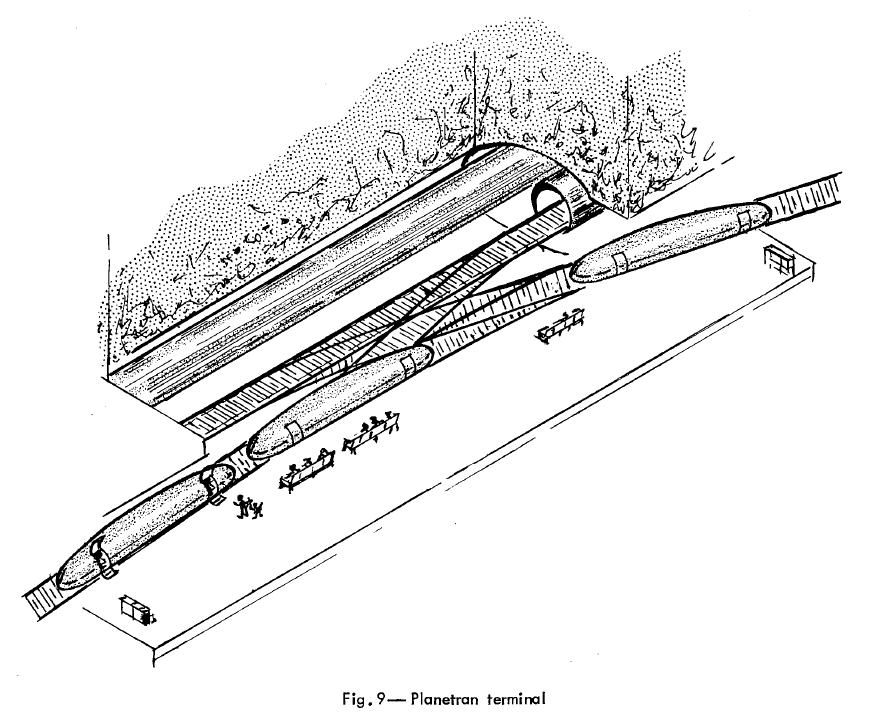 “For every car being accelerated, there is one decelerating in an adjoining tube. The decelerating cars return energy to the system.” 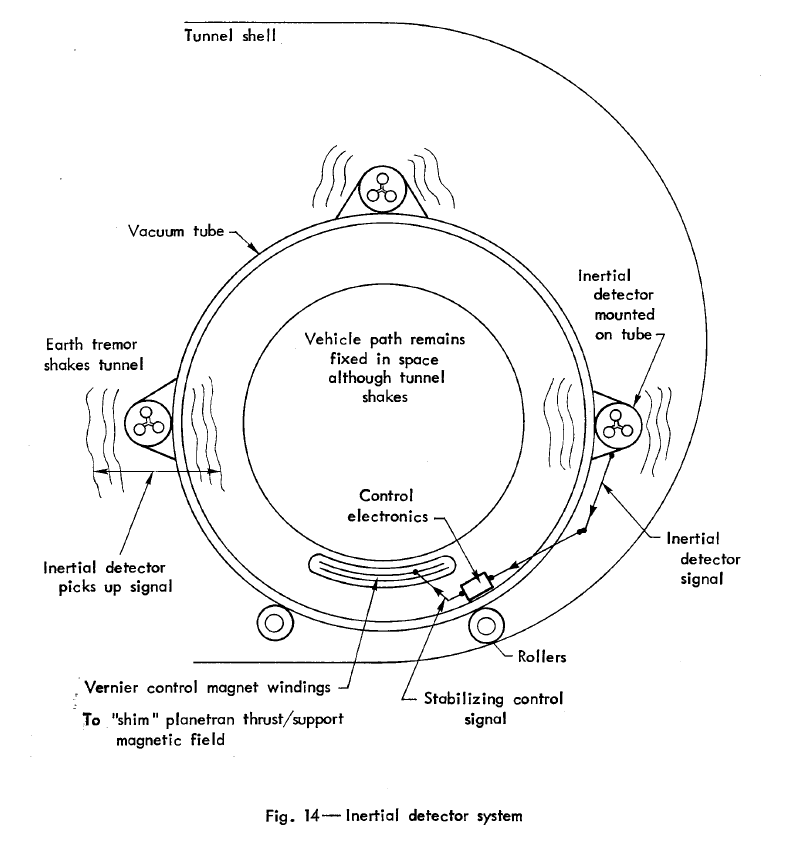 The tubes have a reduced atmosphere, making drag losses much smaller than for aircraft. Coast-to-coast energy costs are expected to be less than $1.00 per passenger.”