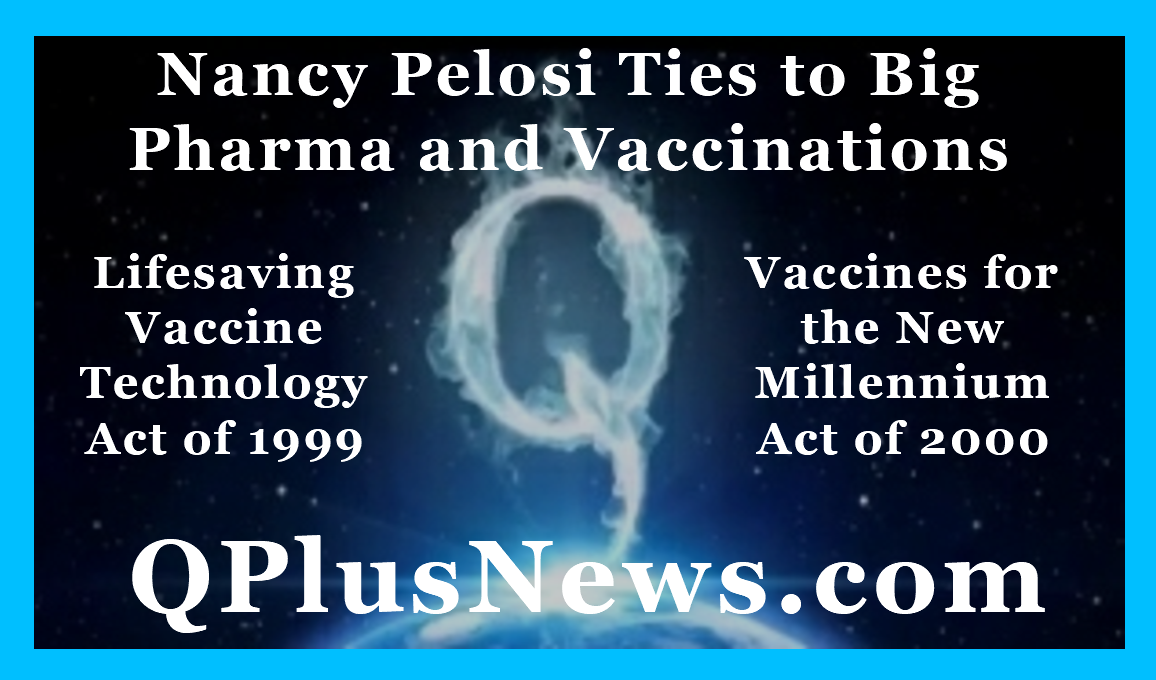 Nancy Pelosi really loves vaccinations, but you can rest assured she has never had one in her life. These were bills sponsored by her but never became law. But they are for giving tax breaks to companies producing vaccines and biometric tracking, so she obviously has ties to the Big Pharma. We should start looking into her and husbands connections with all of this. What would have been her kickback for all these tax breaks and credits if these had been passed into law? 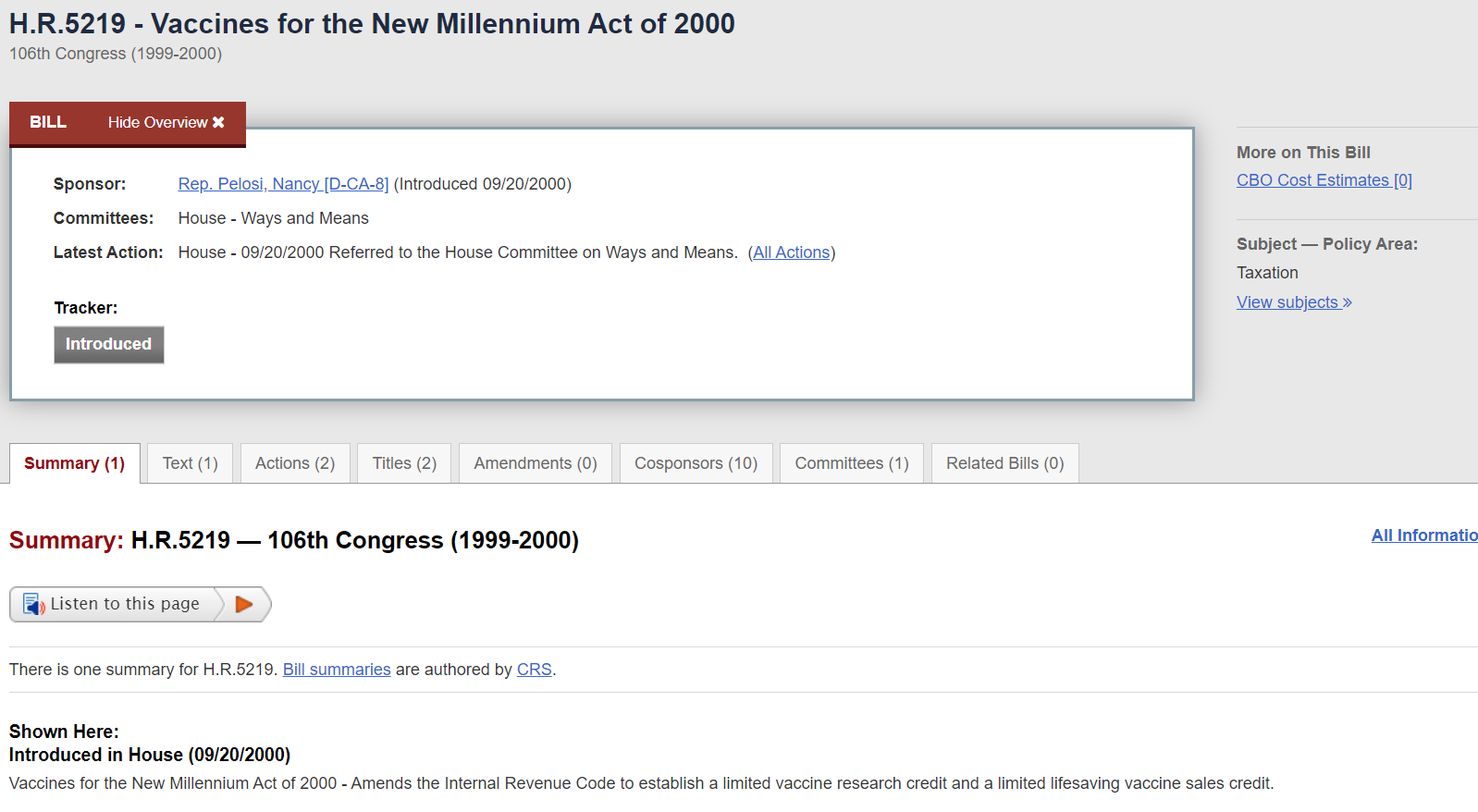 Authorizes appropriations for FY 2001 and 2002 for U.S. contributions to: (1) the Global Alliance for Vaccines and Immunizations; and (2) the International AIDS Vaccine Initiative. Requires the President to include in a required report for such fiscal years information on the effectiveness of the above Global Alliance in meeting its immunization and research and development goals.

Amends the Internal Revenue Code to provide a business tax credit of 30 percent of qualified vaccine research expenses for a taxable year. Includes as appropriate vaccine research research with respect to malaria, tuberculosis, HIV, or any infectious disease which causes over one million deaths annually.

Provides a lifesaving vaccine sale credit equal to the amount of qualified vaccine sales for a taxable year.

Establishes in the Treasury the Lifesaving Vaccine Purchase Fund for purchases of eligible vaccines defined earlier under this Act for distribution to developing countries.

Establishes the Lifesaving Vaccine Advisory Commission to: (1) review the progress of national and international efforts to develop eligible vaccines.

Expresses the sense of Congress that flexible or differential pricing for vaccines which provide lower prices for the poorest countries is one of several valid strategies to accelerate the introduction of vaccines in developing countries. 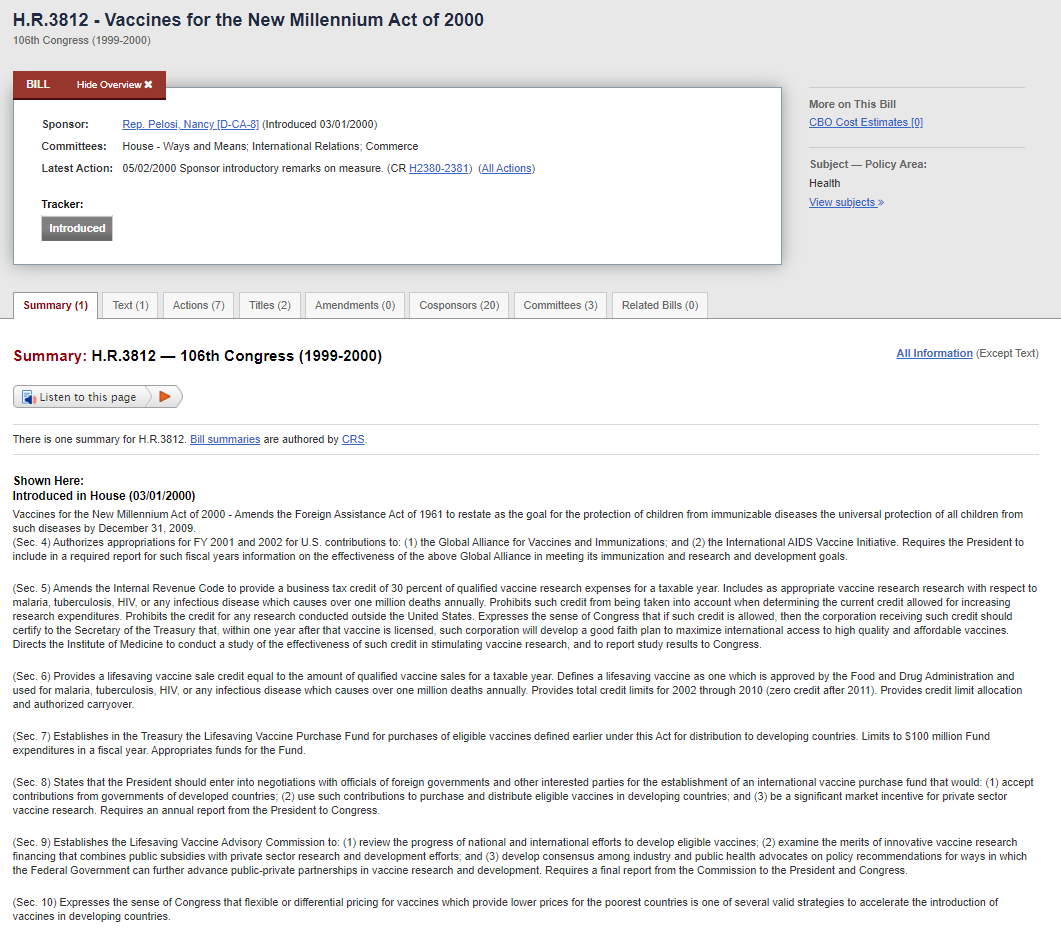 Amends the Internal Revenue Code to establish an income tax credit for 30 percent of the qualified expenses (excluding amounts funded by any grant, contract, or otherwise by another person or any governmental entity) for medical research related to developing vaccines against widespread diseases like malaria, tuberculosis, HIV, or any infectious disease (of a single etiology) which, according to the World Health Organization, causes over one million human deaths annually.

Declares that it is the sense of Congress that if the vaccine research credit is allowed to any corporation or shareholder of a corporation, the corporation should certify to the Secretary of the Treasury that, within one year after that vaccine is first licensed, the corporation will establish a good faith plan utilizing technology transfer, differential pricing, in-country production, or other mechanisms to maximize international access to high quality and affordable vaccines.

Expresses the sense of Congress that the President and Federal agencies (including the Departments of State, Health and Human Services, and the Treasury) should work together in vigorous support of the creation and funding of a multi-lateral, international effort, such as a vaccine purchase fund, to accelerate the introduction of vaccines to which the vaccine research credit applies and of other priority vaccines into the poorest countries in the world.

Expresses the sense of Congress that flexible or differential pricing for vaccines, providing lowered prices for the poorest countries, is one of several valid strategies to accelerate the introduction of vaccines in developing countries. 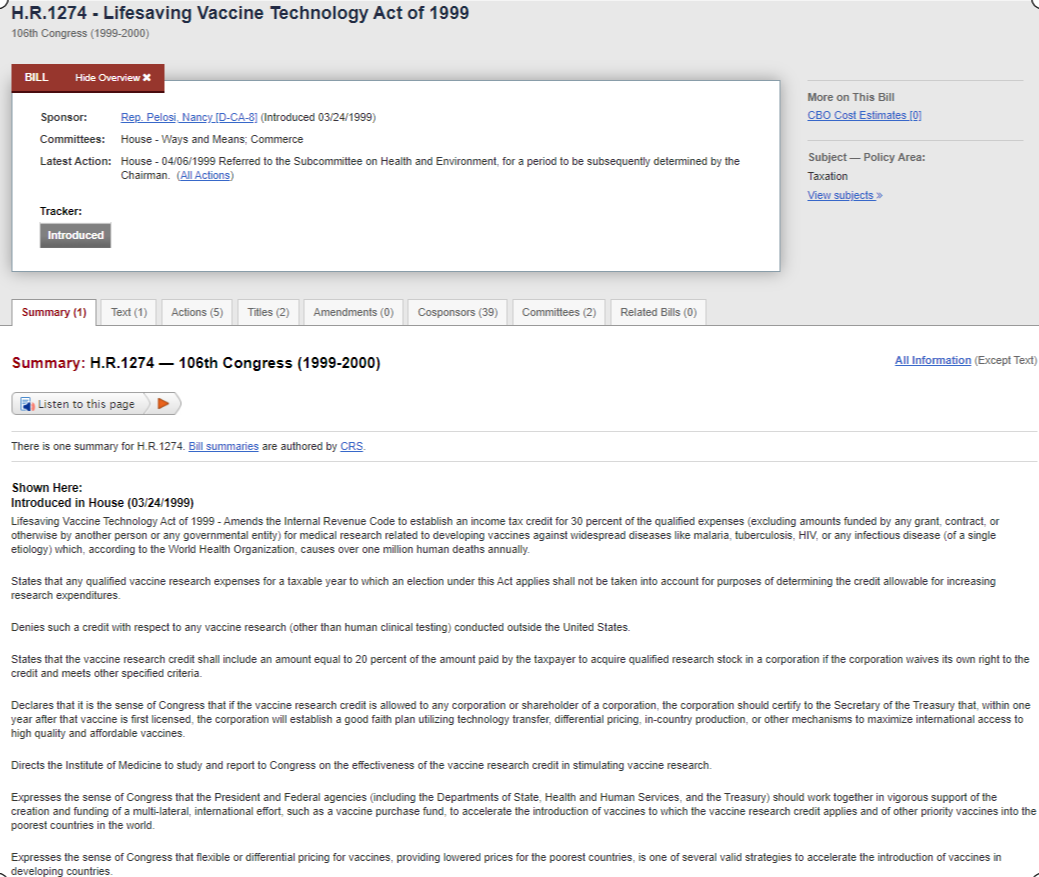 Amends the Public Health Service Act to require the Secretary of Health and Human Services, acting through the Director of the Centers for Disease Control and Prevention, to: (1) develop Nationwide and State Health Tracking Networks to monitor, investigate, and prevent increases in the incidence of certain chronic diseases and relevant environmental risk factors; and (2) establish within the Epidemic Intelligence Service a National Environmental Health Rapid Response Service.

Direct the Secretary and the Administrator of the Environmental Protection Agency to jointly establish the Commission on Nationwide Health Tracking.