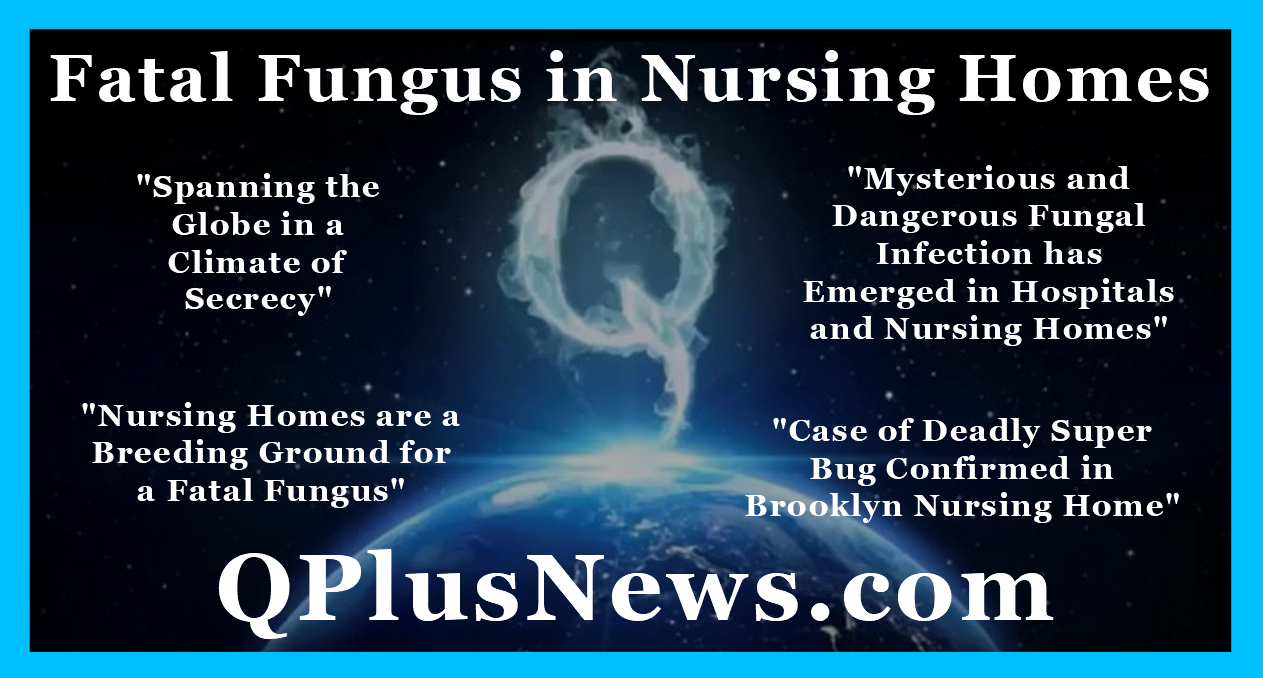 Many of the deaths attributed to “COVID-19” were a continuation of the deadly Candida Auris fungal infections that had already been breaking out in nursing homes and hospitals around the world. Yeah, I don’t remember hearing about this either. 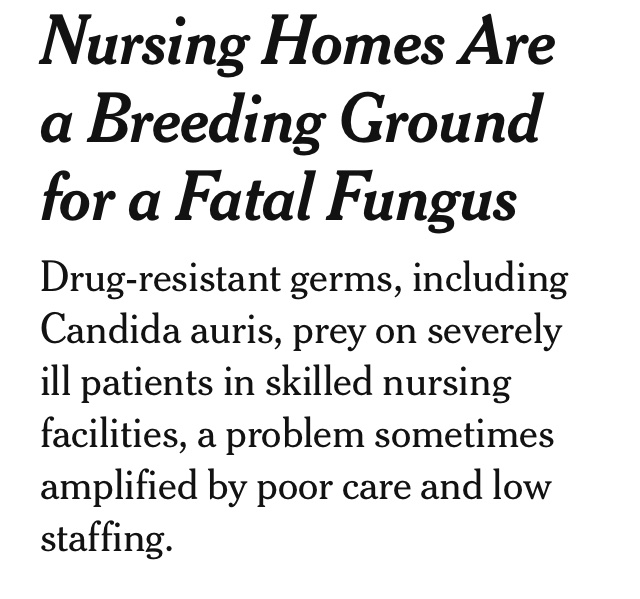 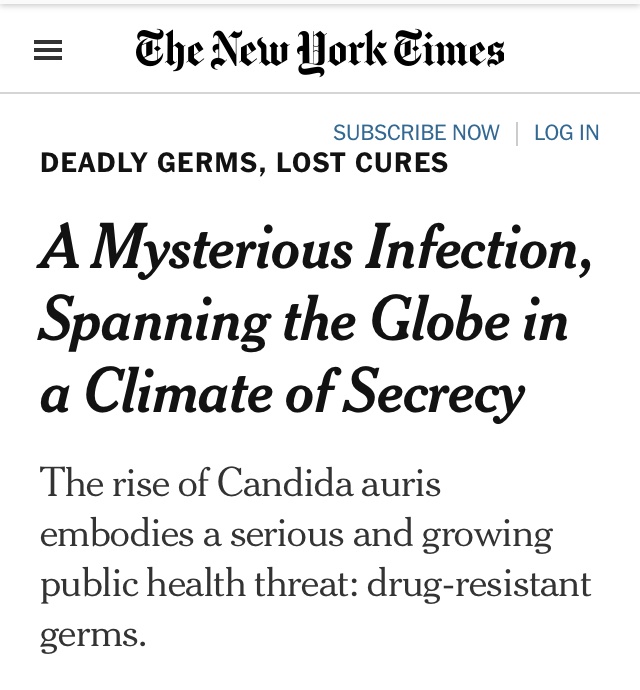 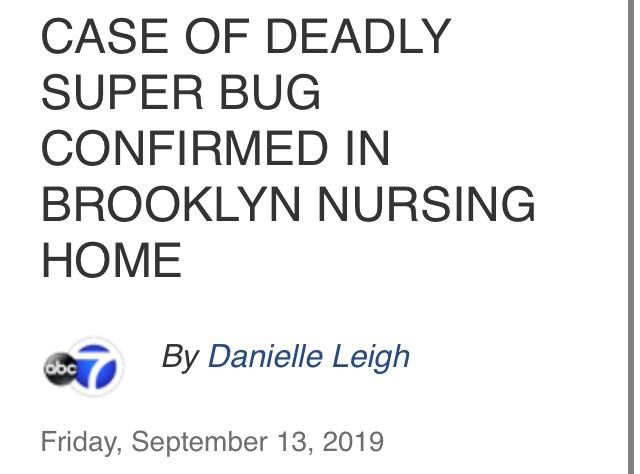 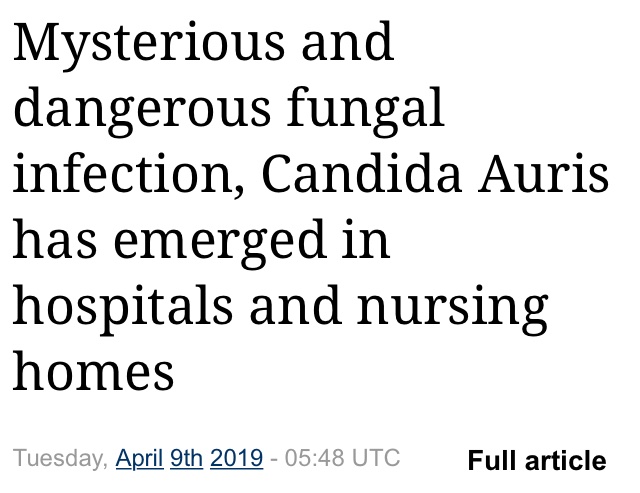 “A mysterious and dangerous fungal infection called Candida auris has emerged around the world. It is resistant to many anti-fungal medications, placing it among a growing number of germs that have evolved defenses against common medicines.” 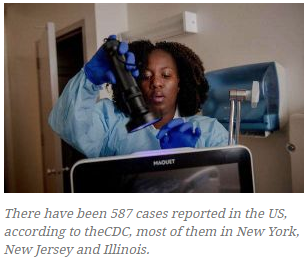 “In recent years, it has emerged around the world, largely in hospitals and nursing homes. There have been 587 cases reported in the United States, according to the Centers for Disease Control and Prevention, most of them in New York, New Jersey and Illinois.”

“The rise of Candida auris has been little publicized in part because it is so new.”

“Outbreaks have also, at times, been played down or kept confidential by hospitals, doctors & even governments.”

“Some hospitals and medical professionals argue that because precautions are taken to prevent the spread, publicizing an outbreak would scare people unnecessarily.”

Oh ok, that explains everything. So let’s hide these worldwide deaths in nursing homes and hospitals for now so we can blame it on “COVID-19” later. Is everyone seeing how it works?

“If you or a loved one is in a hospital or nursing home, you can ask if there have been cases of Candida auris there. If so, it is reasonable to request that proper “infection control” precautions are taken.” 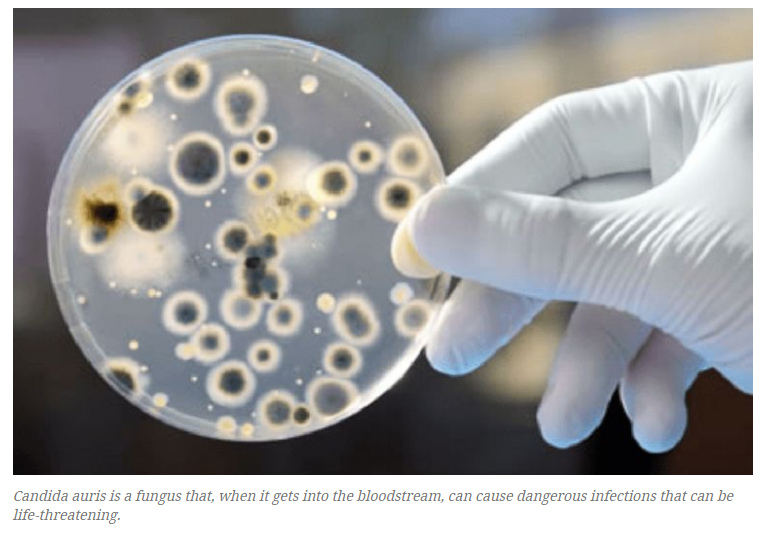 “In the US, this question would be most relevant in New York, New Jersey and Illinois, specifically Chicago, where the germ has been concentrated.

Does anyone remember Governor Cuomo, in all his self aggrandizing press conferences, giving any warning or information about the deadly nursing home outbreaks that had already been taking place for nearly a year in his state?